The SwiftClip system from Mayflower R&C and Velocity Systems changed the way we integrate chest rigs and plate carriers. Now, Mayflower R&C is about to drop the next evolution of that system on us. 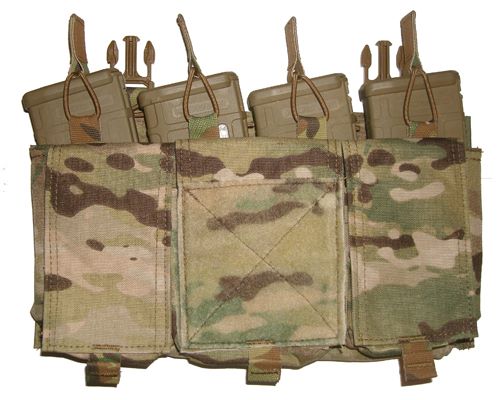 They have created what they call Placards which are panels that can be attached to the front of their plate carriers in much the same way as you would attach a chest rig. These Placards attach to the vertical buckles at the top of the plate pocket and they have hook Velcro on the back so they can secure to the loop Velcro material found on the lower front of many Mayflower R&C and Velocity Systems plate carriers.

The Placards will be available in multiple versions for both 5.56 and 7.62 platforms. They will allow the body armor wearer to quickly change their load out to suite their weapon and mission.

Check out Mayflower R&C for more details. These will be available at Appalachian Training soon. 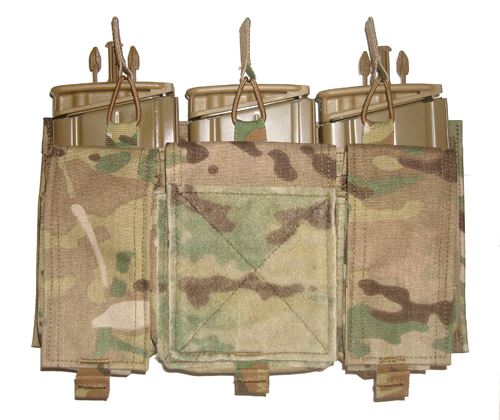 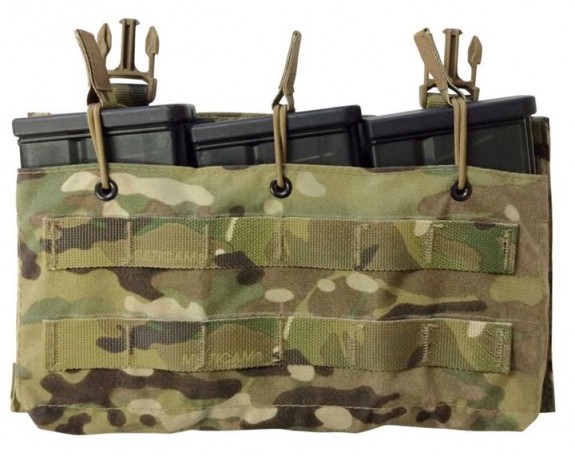 By Matt on September 23, 2013 in Patch Collecting, Tactical Gear

I recently purchased a Velocity System Light Weight Plate Carrier (LWPC) from Appalachian Training. One of the key features of the LWPC for me is the ability to keep it completely slick but still tuck away a few AR-15 magazines in the elastic magazine pouches that are sewn into the interior face of the cummerbund. However, when I received the PC I noticed the two elastic mag pouches were sewn unevenly so that the two slots closest to the center line of the wearer (the two most useful pouches) were undersized and could not fit magazines easily. 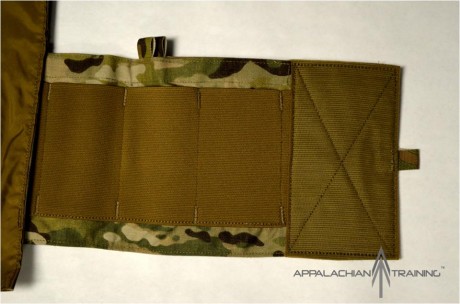 The Velocity Systems LWPC’s cummerbund features integral magazine pouches. This is a stock picture from Appalachian Training – not a picture of the cummerbund mentioned above.

I contacted Appalachian Training and Mike, the owner, immediately returned my emails as usual. He didn’t have a replacement on hand but he confirmed that his personal cummerbund was sewn the same way. So I contacted Velocity Systems using the email address that I found on their Facebook page. That email was responded to in less than 5 minutes and the experience only became more impressive from there.

I was corresponding with Pat Quinn, a VP at Velocity Systems. This is when something that I have never seen happened. Pat acknowledged that it sounds like there might be a production issue with that size cummerbund. Not only that, be he tasked someone with looking into the issue and taking care of me. At that point, I was handed off to Russell, a sales coordinator, who quickly and professionally took care of me by dropping a new cummerbund in the mail which I had in hand in about 3 days.

It was very refreshing to see a company 1) actually acknowledge that there may be an issue and 2) delegate the task of addressing at both the production level and with the individual customer. The whole process was personal and seamless.

Now, onto the patches… 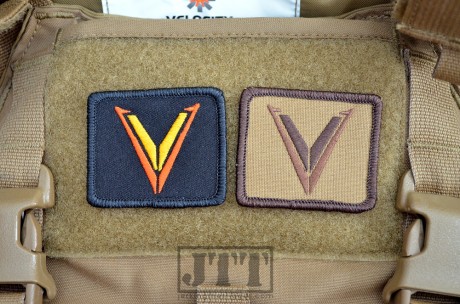 Velocity Systems tucked in a couple of their patches with the replacement cummerbund. These patches feature Velocity System’s stylized “V” logo. One is subdued and the other is rendered in full color. I like the full color one because the color scheme reminds me of something you might see on one of those awesome ’70s custom vans.

Check out Velocity Systems at VelSyst.com. Stay tuned for a full review of the LWPC after I put some more time on it.

Appalachian Training is now carrying the Velocity Systems Light Weight Plate Carrier. The LWPC has been around for a while but this appears to be a newer version with some very slick features, especially for the price.

The LWPC can accept stand alone plates or plates with soft armor backers. The plate pockets are slick (no PALS webbing) for a lower profile and less weight. Previously, I have only seen the LWPC with a slimmer mesh cummerbund but this version comes with a cummerbund that features full PALS webbing coverage and elastic pouches on the interior that could be used to hold a number of items like M4 magazines, tourniquets, emergency bandages, etc.

The plate pockets have loop Velcro fields front and back for attaching ID and patches. The front plate pocket has a built in admin pouch (high center) and a kangaroo pouch. There is also a large loop Velcro field on the front that mates to the hook Velcro on the back of Mayflower R&C chest rigs that can be docked onto the LWPC. The LWPC scales up from a nearly completely slick configuration to a fully kitted out version in seconds.

Check out the LWPC at Appalachian Training. The price will surprise you.

Sometimes your Bug Out Bag takes a different direction and morphs into something between a go-bag, an active shooter bag, and a Bug Out Bag (BOB) due to your chosen occupation. Enter the Civilian Contractor Red Zone BOB; this is a heavy-weight’s version of a crisis management bag for places where encounters with ‘Bad Guys’ is a real possibility…

Velocity Systems has just released the latest addition to their Phalanx line or armor plates. It is a new lightweight, multi-hit plate that is going to be a game changer. Take a look at the specs and you’ll see why…