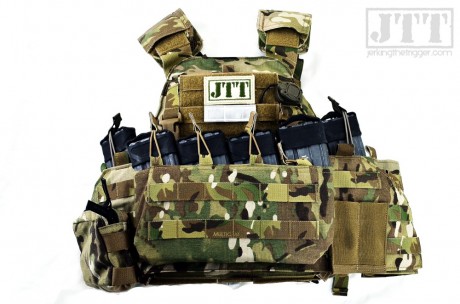 This bill is restricts the sale of armor Type III and higher (see the NIJ’s PDF outlining the rating system referenced by the bill) to approved groups like law enforcement and imposes potential penalties like a fine, up to 10 years in prison, or both on those who violate its terms.

This is, of course, utter nonsense and holds no real public safety value. In fact, it stands to endanger more people than it ever protects. It is hard to wrap your mind around how backwards the idea of restricting the sale of safety equipment to protect people really is.

Start contacting your Representatives now. The House of Representatives website makes it easy. Tell them you intend to make you own health and safety decisions and that will responsibly possess body armor as you see fit.

Mark Greenman is the editor of Good-Kit and the founder of Gearward – an online retailer with all kinds of unique and useful EDC gear. His article on the “public knife” concept gelled some ideas that I have been knocking around in my own mind for some time. I found this article to be excellent and asked him to publish here on JTT.

Like Mark, I prefer to carry a smaller, more palatable knife but my reasons are different (and more selfish). I don’t necessarily feel burdened to represent all knife carriers with the knife that I carry but I do prefer to remain as anonymous as possible. That is hard to do when you pull out your Throat Slasher 5000 folding knife at a restaurant just to remove a string from your cuff.

His point about knives only being small and large in the eyes of the uninitiated is well taken. That Spyderco Delica that you think looks small and discreet might as be a machete when you take it out at the office to open a box.

Thank you Mark for allowing me publish this article here on JTT.

The Importance of a Public Knife for EDC

On the forums, I frequently hear about people getting bad reactions when they use their knives in public. Conversely, I use my knives frequently, and almost never get a negative reaction.

While I bemoan the rise of a “sheeple” society afraid of inanimate objects, their reactions are not always unreasonable. For example, if I’m just hanging out at the mall, and a guy I don’t know flips out a 4” tactical knife, you better believe I’m going to be keeping my eye on him. And I’m a straight up knife nerd/blogger whose been carrying since I was 4 years old.

Are we really surprised that the uninformed and unarmed might be a bit shaded out by the sudden presence of a large blade?

Which gets to the crux of this article: people are not scared of knives. They’re scared of large knives that have no apparent purpose.

First off, what constitutes a large knife? Well, for 90% of the public, the answer is “any knife that isn’t small.” For you and I, knives come in small, medium, and large. However, for the general public, there is only small and large. That nice, medium sized folder you carry is a large knife in their eyes, and the large folding knives I favor are veritable swords.

That’s because these folks have not had any positive experiences with EDC knives. Much like most anti-gunners have never been to the shooting range, most “sheeple” have never seen a reasonable knife used for a reasonable task.

The trick to having positive public knife use, and winning these folks over to our side, is to get our foot in the door is by using reasonable knives for reasonable purposes.

The “foot in the door phenomenon” is defined as “people’s tendency to comply more readily with a large request if they have already agreed to a smaller favor.” The knife equivalent then is to have people become comfortable with small knives, so that they will be more receptive to larger knives down the road.

Let me give you a personal example. I was traveling in Europe, which is about as anti-knife a continent as exists, and I needed to cut up a lime for drinks. I was in a mixed group of travelers I just met. Now, I was carrying two folders: my 3.75” Pacific Salt, and my 1.75” Spyderco Ladybug.

I pulled out the Ladybug, and quickly cut the lime. One of the girls commented that, while she had never really considered it before, she now saw the obvious utility of having a knife. Now, had I whipped out my much larger Pac Salt, do you think I would have gotten as positive as a reaction, even though the cutting task itself was identical?

A few days later, that girl’s sandal broke, and I needed to split the sole in half so that I could repair it. This required a much sturdier knife, so I pulled out my Pacific Salt, and once again, there was no negative reaction, because she was now accustomed to knives being used for utility, and this task clearly necessitated a larger knife.

Using the right knife for the task wins people to our side.

While using too large a knife just makes us look weird.

When it comes to opening a letter or slicing open a box, it’s important we select the right tool for the job. Which of these should you use to open a difficult candy bar in a crowded lunchroom?

Public Knife selection:
To compliment your larger EDC knife, I recommend carrying a “public knife,” which is small enough to be socially acceptable everywhere. That means that the knife should have a 2” blade or less.

I have used all of these knives in public, and no one has ever become alarmed:

However, it’s more than size alone. The knife also has to look friendly. While these knives have 2” blades, their appearance is distinctly menacing, which defeats the point of the Public Knife.

Since you will be using your Public Knife quite a bit, I recommend purchasing something that offers both high performance, and elegant looks. You want something that you will enjoy using, and something you would be proud to show off.

My personal preference is for the Spyderco Manbug G10. It’s a bit pricey for such a small knife, but it’s extremely well made, with a full flat ground VG10 blade that offers excellent edge retention and sharpness. The result is a 2” knife that can out cut many 3” folders on the market today.

Meanwhile, the G10 handle has refined ergonomics that fit the first three fingers perfectly. With the addition of a small lanyard, you can have a full, secure grip, while still fitting in the change pocket of your jeans.

If the Mangug is too pricey, I suggest the Spyderco Ladybug, which is the original version of the Manbug. While not as classy, it still offers tremendous cutting potential, at half the cost. I personally recommend the SE version if you don’t know how to sharpen, as it works better on boxes.

If you’re looking for something for your keychain, I recommend the Leatherman Squirt. It’s incredibly useful, and people I show it to love it.

Medford Knife and Tool just rolled out their new website. The new site has information on current knives and some of their new for 2015 models like the Tomahatchet and Tomahawk Axe. 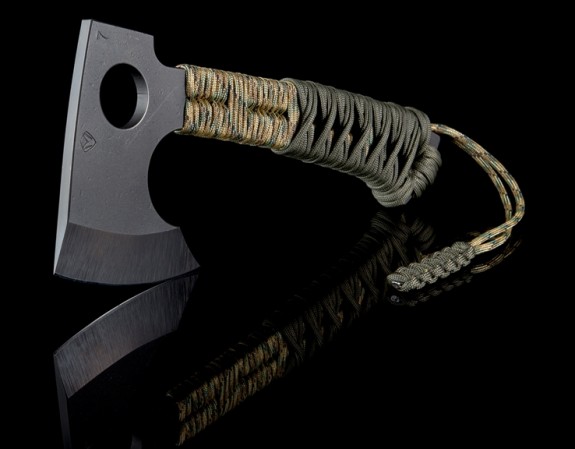 Larry Vickers visited Blue Force Gear at SHOT Show 2015 and received a first look at a ton of new gear being released this year. The video shows the new belt pouches that have already been announced but also gives a glimpse of an upcoming belt and the new AK sling based on the success of the limited editions that were released last year.

As a big fan of Blue Force Gear’s packs and Dapper system, I think the biggest new in the video is the return of the Micro DAP Pack with some new features and an affordable price. I know that the Dappers themselves are also being redesigned and released. I have put hands on them and they have been improved in a big way. Stay tuned for more. 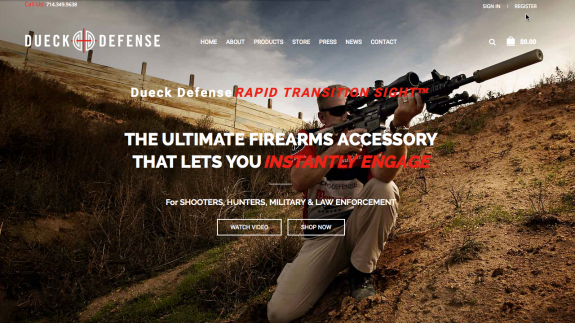