V Seven Weapons just took the wraps off their new AR-15 GI Lower. This forged lower incorporates features that are typically only found on billet lowers and adds a bit of V7 flair. 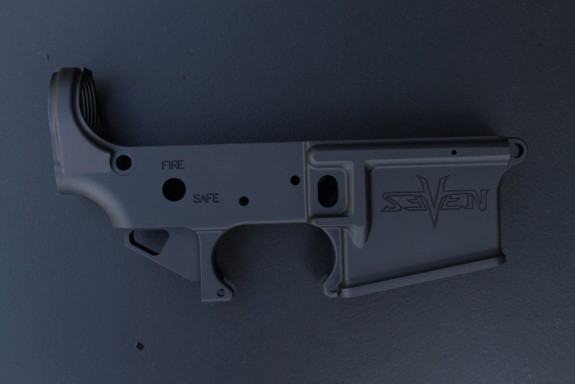 The lower starts with a 7075-T6 forging which is then machined to final dimensions. V7 finishes the lowers with a typical hard anodizing but takes it a step further by adding a coating of KG Gun Kote. The front of the mag well is textured for those who prefer a magwell grip (these cuts also lighten the lower). The magwell opening is flared. 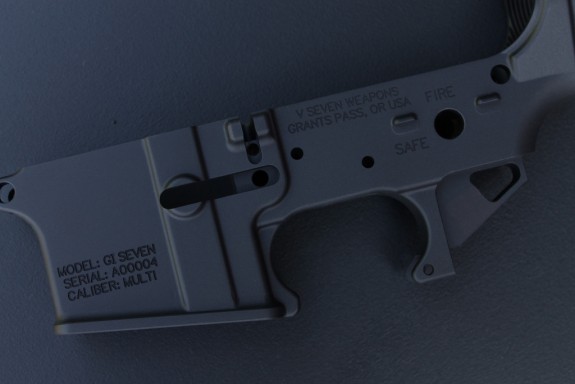 V7 could resist doing what V7 does by making this lower just a touch lighter. You a lightening cut on the grip tang. The lower weighs 8 ounces overall which is .5-.7 ounces less than a typical GI lower. That isn’t much of a difference but it is something. V7 has stated that they have plans for an even lighter lower to be released around Christmas time of this year. 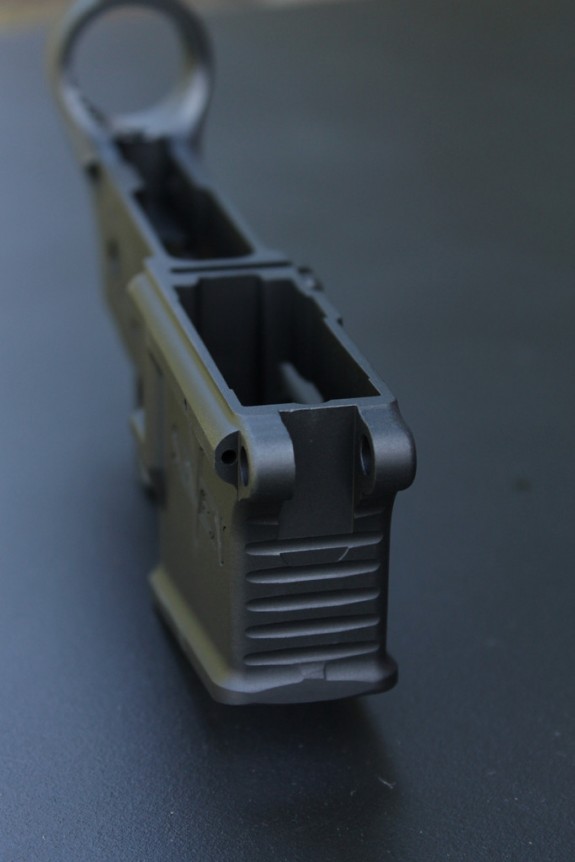