ALG Defense, the sister company of Geissele Automatics which is run by Amy Geissele, stirred up quite a bit of excitement with a preview of their upcoming AK trigger. Since that initial post on the trigger, I have found new details regarding the trigger. 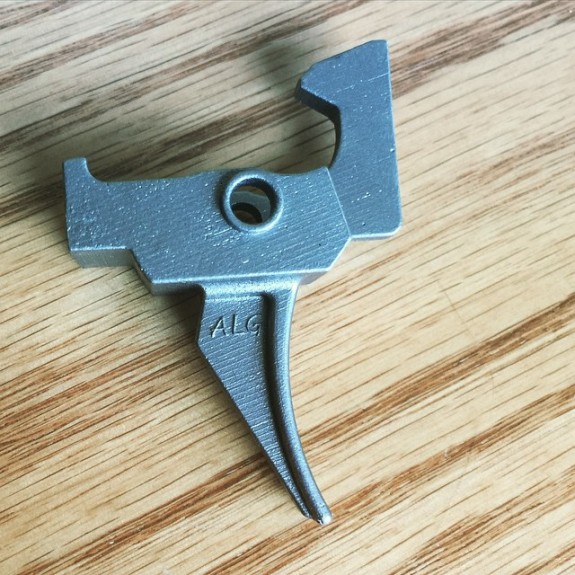 There will be two different types of AK triggers available from ALG Defense. The first variation will be a standard trigger that will retail for $49. The second variation will have a shorter and lighter trigger pull that Bill Geissele states will be similar to the Geissele Automatics SD3G trigger. The SD3G is known for its rolling break and very fast reset which leads to split times around 1/10th of a second in the hands of skilled users. It will retail for around $75.

You can expect to see both triggers at SHOT Show in the Geissele Automatics/ALG Defense booth and, notably, at the SHOT Show range day media event. That means these are far along enough in development that there will be working triggers available to try in February. That is exciting news.