It is fact that flasks are one of the coolest gadgets a man can carry. They have a certain old-school-cool that makes you feel like John Wayne every time you pull it out of your coat pocket and take a swig. It is also a fact that nearly every flask on the market is junk. They’re heavy, poorly made, they leak, and they’re made over seas somewhere in a place that probably hates you. 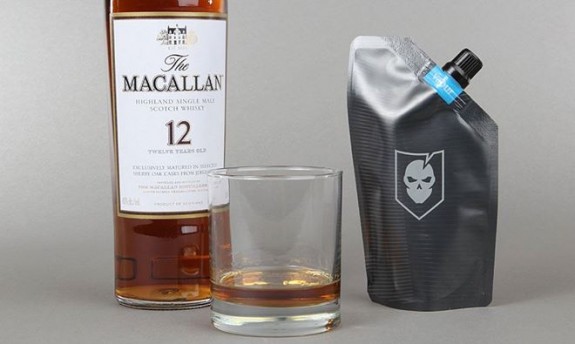 ITS Tactical just released their own branded version of the Vapur Incognito Flask. What it lacks in old-school-cool, it makes up for in I-just-stepped-off-a-time-machine-from-the-future cool. Seriously, this is what space colonists would drink from while they kick it on the holodeck if NASA allowed them to bring their Evan Williams into space.

Its flexible shape should make it super easy to pack whether it’s full or empty. Vapur bottles are surprisingly durable and they are made right here in the USA.

Check out the ITS Tactical Vapur Incognito Flask.

One Response to ITS Tactical Vapur Incognito Flask