Pumpkin spice season is upon us. PHLster and Snake Hound Machine are celebrating with a limited edition Skeleton Holster in Pumpkin Spice Orange – perfect for those cool autumn mornings at Starbucks. The color may be a joke but the holster is real. It has all the quality and features you expect from a PHLster Skeleton Holster.

These will only be available through the end of October. You can laugh or sneer all you want… but we both know you actually kind of want one! 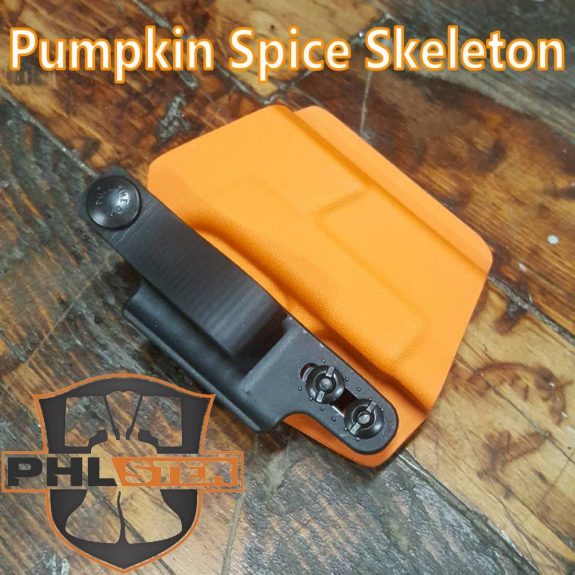 The first series of Kalash Life patches from Snake Hound Machine (SHM) are some of the slickest AK related morale patches you’ll find. Now SHM is following those with the new Kalash Life Shield patch – an embroidered patch that features a shield shape with crossed AKs. This patch is about 3″ wide by 3.5″ tall.

The Kalash Life Shield patch on sale right now for $7.62 because, of course it is. Check it out at Snake Hound Machine. 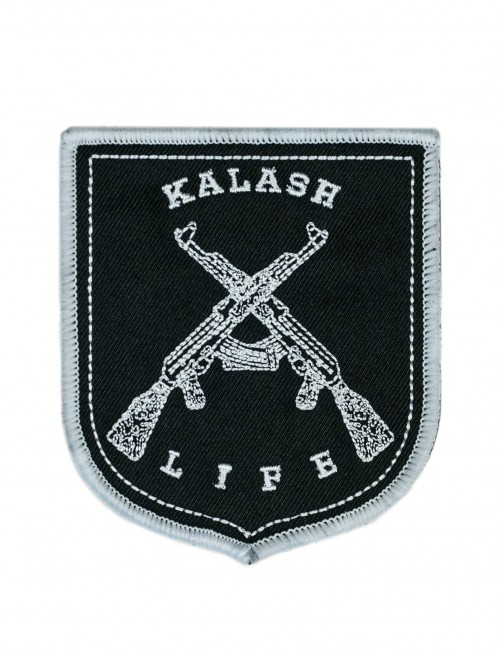 All of this is great news but the best news might be that Flatpacks are actually in stock at this moment. These have been selling out quickly, so act fast. Check out the PHLster Flatpack Tourniquet Carrier at Snake Hound Machine. 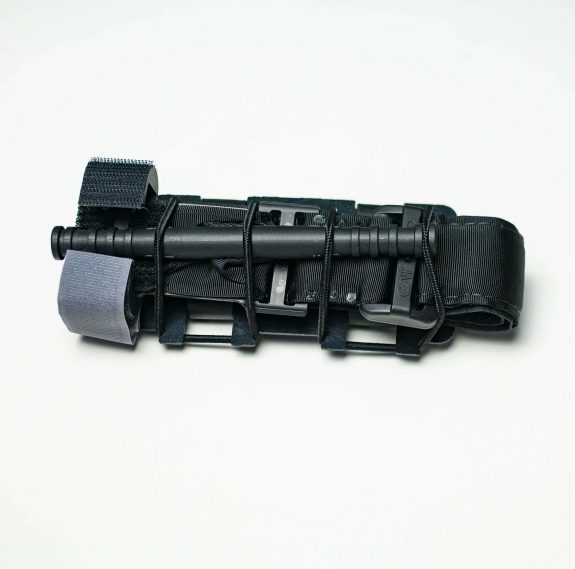 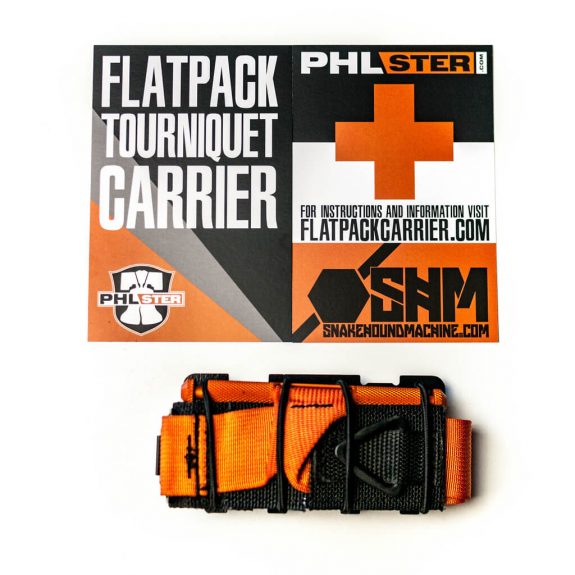 Typically when you see terms like faster, better, or cleaner, you can expect the new few words to tell you it’s also more expensive. That isn’t the case with the new PHLster Skeleton Holster. The Philly Kydex Guru has improved the definition, streamlined the production, and tossed a bit of innovation into the already excellent Skeleton Holster… and then dropped the price by $10. 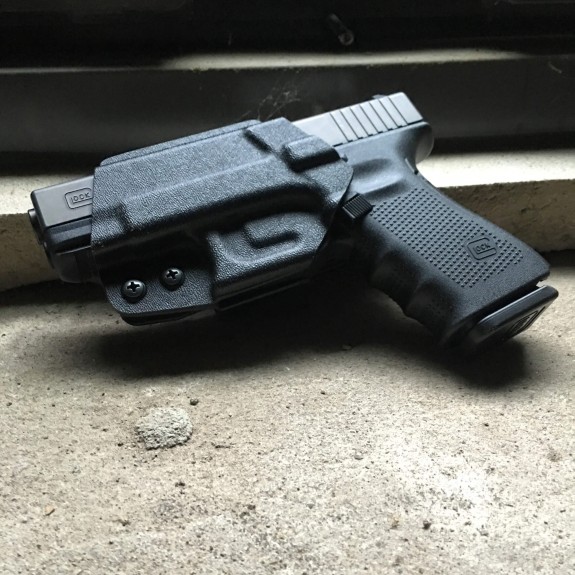 Advancements in our forming process allowed us to create more consistent and precise shells for the Skeleton holster. Being able to rely on this consistency gave us the opportunity to add a second axis of retention and employ a unique two-piece shell design, substantially reducing production times by eliminating the steps of folding and re-touching the shells.

In addition to being traditionally retained against vertical draw forces, the gun is also retained against forces which could cause the gun to push through the open seam of the sight channel. Without the improvements in molding, we could not have effectively prevented this from happening and would not have been able to increase production speed and lower the cost. The holster maintains its original reliable and secure retention and quality feel, with a deliberate, snappy draw and a smooth, crisp, positive engagement when holstering the gun.

If you speak Kydex, you’re already impressed. If you don’t speak Kydex, I can break it down for you. This holster is made of two halves that are bolted together beneath the trigger guard and left open along the sight track. The sight track would normally be closed along its length because most holsters of this type are folded from a single piece of kydex along the track. Holsters can often go a bit awry during the process of folding. The sight channel can collapse or flare during folding. Ensuring that doesn’t happen and fixing it when it does is a large part of the fitting process. PHLster just eliminated that all together with this design. 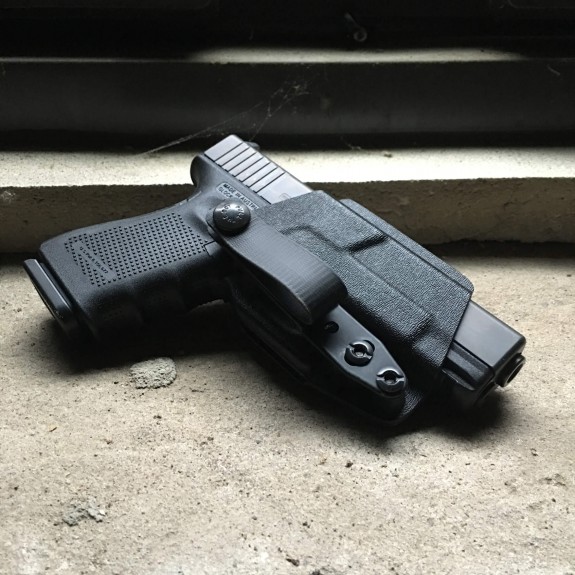 This new design required some clever re-imagining of the holster’s retention and this was only possible because of their recent improvements to their molding process. It now retains in two directions instead of just one. Typically, kydex holsters retain on the trigger guard, preventing the gun from moving up and out of the holster. The new Gen 2 Skeleton Holster does that AND retains the gun from pushing out the sight track too. This is accomplished with a unique L shaped detent.

The Gen 2 Skeleton Holster has an ambidextrous design with an adjustable strut and is tuckable. It is available now for G26/19/17/34/17L and similar Glocks. Compared to its predecessor it has better definition, streamlined production, a heaping helping of innovation, and it costs less. How cool is that?

By Matt on February 17, 2016 in EDC, Preparedness, Survival, Tactical Gear

PHLster’s  Flatpack Tourniquet Carrier has been a smashing success. They are available only at Snake Hound Machine where, in the span of just a few weeks, they have already restocked and sold out several times. In response, production has been increased to meet the demand. 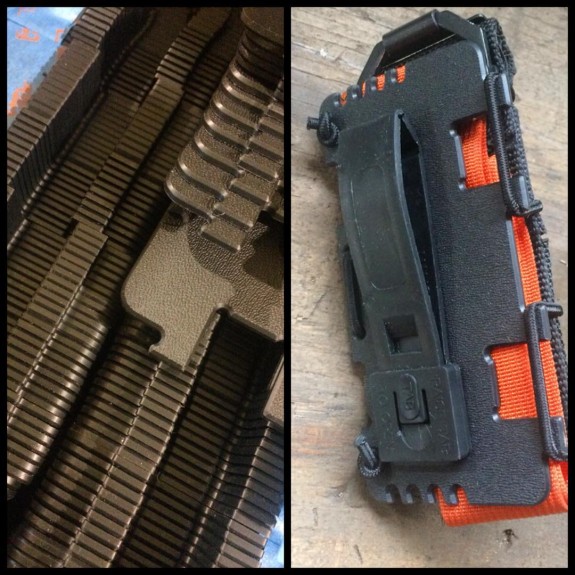 The Flatpack can now be purchased with an optional MALICE Clip. The MALICE Clip can be mounted to the back of the Flatpack with the soft loops removed. This makes the Flatpack mountable on a single column of PALS webbing (MOLLE compatible). Going forward, all Flatpacks are MALICE Clip compatible so even if you don’t add the clip at the point of purchase, you can add one later.

Finally, production has been sufficiently streamlined and increased to the point that dealer sales and agency purchases have been opened for the Flatpack Tourniquet Carrier. Contact Snake Hound Machine if you are interested.