The Pack Strop from Sagewood Gear is a compact, double sided strop. As you might guess from the name, this compact strop is designed to be easy to carry in a pack for use in the field. It is about 5.5″ x 1.25″ in overall size and constructed from 1/4″ Walnut oiled wood with 6 oz leather pads.

The Pack Strop is available with bare leather or pre-loaded with black (aggressive) and green (fine) stropping compound. 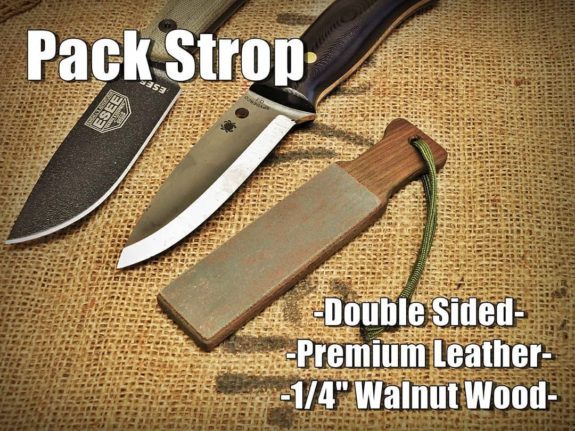 Sagewood Gear just rolled out two new sheath upgrades for the popular ESEE Izula. The Izula comes with a molded plastic sheath that is functional and durable but has limited options for attaching it to your belt. The new Vertical Carry Belt Loop and Scout Straps work with this original sheath so you don’t have to replace it altogether. 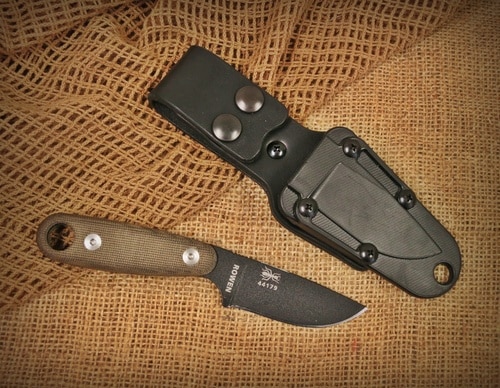 The Izula Vertical Carry Belt Loop is designed to attach to the hard plastic Izula sheath and provide a more comfortable ride on your belt by dropping the sheath below the belt line. It is constructed from 9oz Wickett & Craig leather. It attaches to the sheath via included Chicago screws and features a fold-over, dropped belt loop with 24 DOT Mil Spec Button Fasteners.

The Izula Scout Straps attach to the Izula’s original plastic sheath and allow it to be carried horizontally on the belt – AKA Scout Carry. Scout carry often places the knife’s handle very close to the belt so Sagewood Gear has thoughtfully included spacers in the design that make the handle easier to grasp. These straps is also constructed from 9oz Wickett & Craig leather and features the same 24 DOT Mil Spec Button Fasteners.

By Matt on February 3, 2018 in Knives, Preparedness, Survival 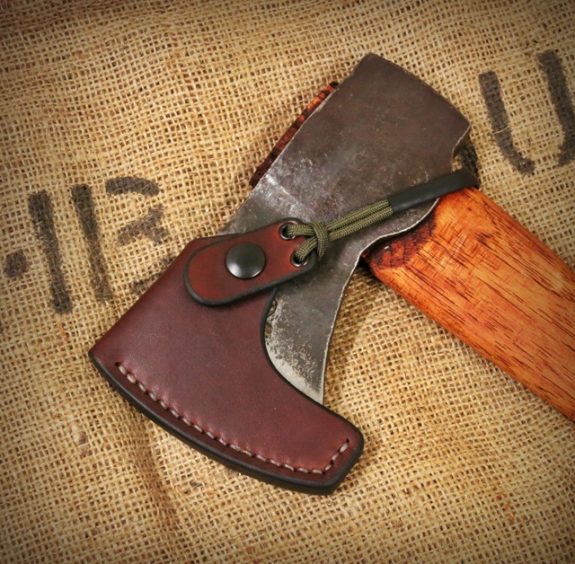 Sagewood Gear’s Universal Axe Sheath is different. It is not as universal as some axe masks since it is actually available in sizes for many common axe bits. The various available sizes, coupled with the unique adjustable paracord retention strap and closure allow the end user to fine tune the fit to their specific axe.

The Universal Axe Sheath is made from 9-10oz Wickett and Craig Leather. The paracord retention strap can be protected from wear with a piece of included heat shrink wrap. 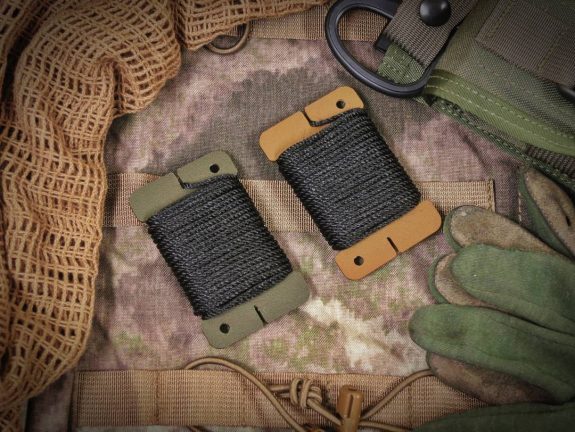 Sagewood Gear has launched a new website. The new site includes an improved look, improved navigation, and several new sheaths for you to browse. 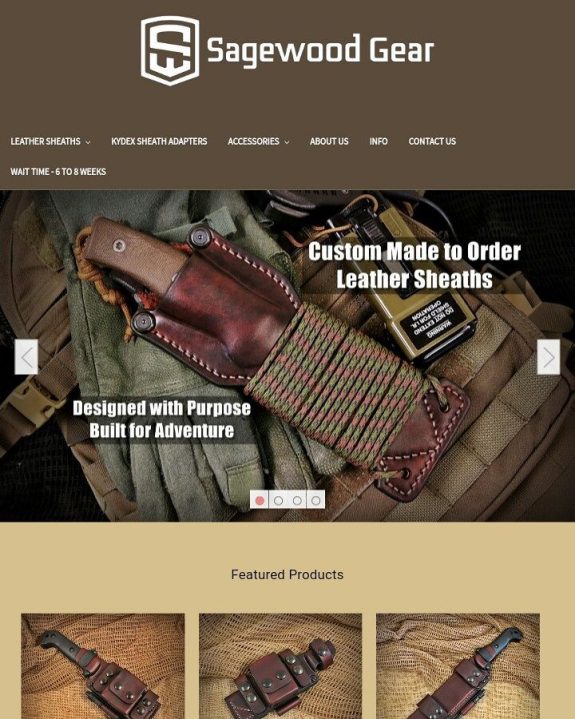