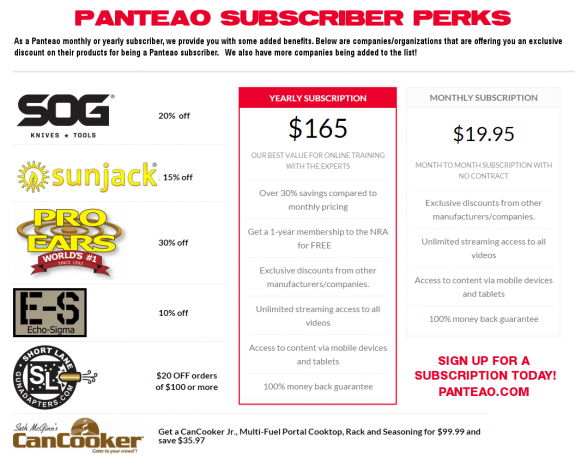 Panteao Productions offers high quality, streaming instructional videos from several top trainers in the firearms and survival training industries. Their subscriptions allow you streaming access to their entire library of titles with new titles added monthly. The yearly subscription gives you access to all the titles for 1 year, a discount on their DVDs, and they are now also giving away an NRA membership.

You can support the fight to protect the Second Amendment and sharpen your skills at wielding the tools protected by it. That is a pretty solid deal. Check out Panteao Productions.

Panteao Productions is offering some great deals for the holidays. All of their in stock DVDs are 50% off and their annual streaming membership is 25% off! Remember, now that they have an app, the annual membership means you can stream any of their titles to any of your devices. Check out the deals at Panteao.com.

By Matt on October 24, 2014 in Guns, Tactical Gear, Tactics and Training

This might be the most exciting Panteao Productions title yet. They will be releasing Make Ready with Freddie Blish: Intro to Combat Optics soon. Why should you care you ask? Great question. 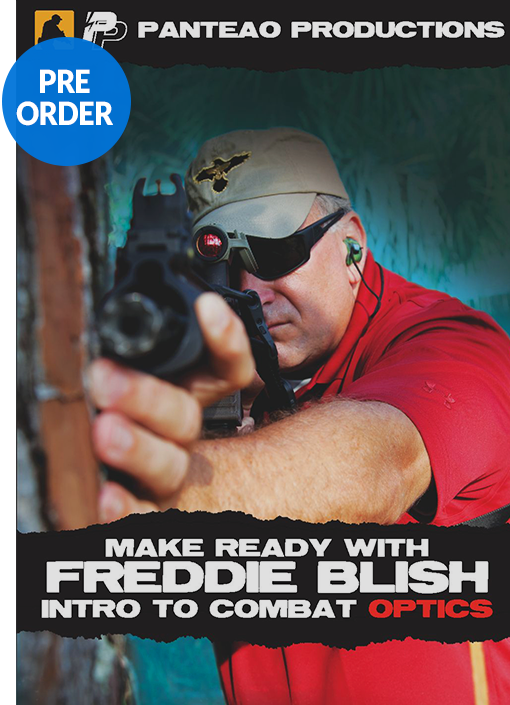 You may not know it, but you likely know Freddie Blish’s work. He is probably more qualified than anyone to talk about combat optics. Panteao Production’s description of the video has a little to say about why that is:

Freddie is a retired Lieutenant Colonel from the United States Marine Corps, where he served 24 years. After his retirement from the Marine Corps, he served as the Director of Military Business Development for Aimpoint, Inc, where he developed an intensive training program on their use by the US Army Regional Training Center firearms instructors, US Army Mountain Warfare School, USAF Para-Rescue, and I Marine Expeditionary Force Advisory Training Teams.

It neglects to mention stints with LaRue Tactical, ROBAR, and as a Gunsite Range Master among other notable experience. He is also the creator of the Combat Optic Tool which is one of my favorite and most useful range gadgets. He is an authority of the subject of optics and should be able to drop some knowledge in a big way in this video.

The latest addition to Panteao Production’s Make Ready series is Make Ready to Survive. This new group of instructional videos will feature survival instructors like Paul Howe, Dave Canterbury, and others. They will be releasing more than a dozen videos with topics like Bugging Out, Building a Survival Kit, Short Term Prep & Plan, and more. The first titles will be available in December. 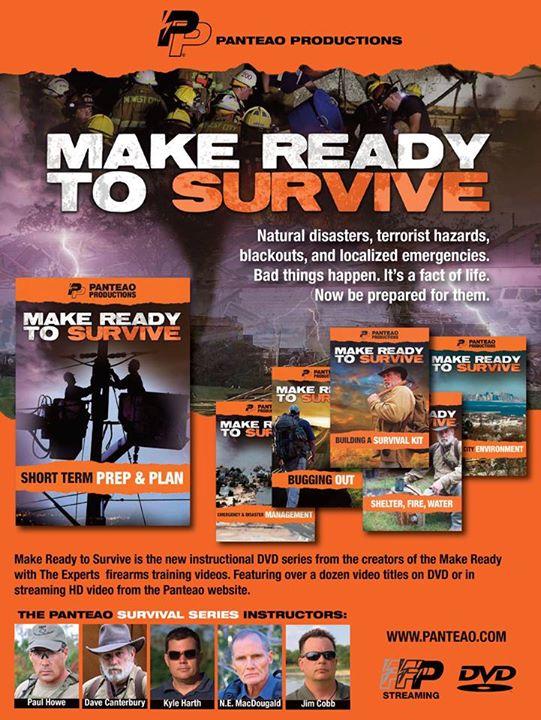