By Matt on November 11, 2013 in EDC, Reviews, Tactical Gear, Tactics and Training

If you are serious about training, you probably roll up to the range with more than just guns, ammo, and safety gear. It takes a lot of different tools to ensure an efficient trip to the range and all those tools add up quickly in terms of weight and bulk. Thankfully, there are tools like the Combat Optic Tool that are designed to save you from stuffed pockets and bloated range bags. 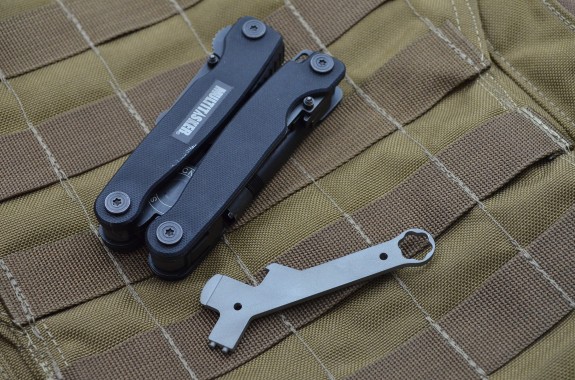 The Patriot Products Combat Optic Tool is a multi-function range tool that is compact enough to be carried on a keychain. It is made from 316 stainless steel with a matte finish and features a handful of tools that you are probably already carrying seperately including a self adjusting 3/8″ / 10mm box end wrench, an Aimpoint Micro adjustment tool, a rounded flat tip driver, and a bottle opener. Its weighs 1 ounce and is 3 1/4″ long.

Most of my rifles have Aimpoints or ACOGs mounted on them. Most of those optics are mounted in LaRue Tactical Mounts. That means that whenever I head to the range, I have multiple tools with me to adjust the zero on those optics and the tension on the mounts. At a minimum, those tools consist of a flat head screw driver (or something similar) and one of the box wrenches that LaRue Tactical includes with their mounts. Now, I can just tuck the Combat Optic Tool into my gear. 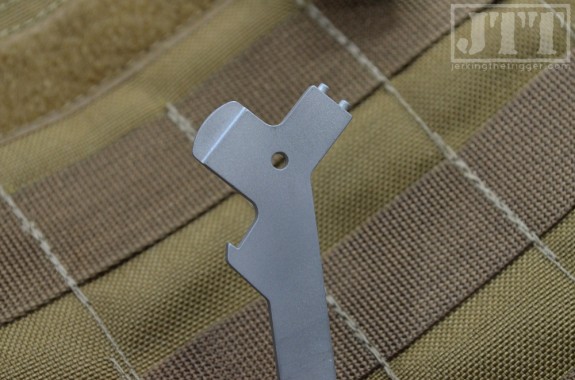 I especially appreciate the Combat Optic Tool when it is time to zero a micro Aimpoint. Aimpoint Micros have tiny turrets that require the use of the turrets caps to adjust. The caps are so small that they are a pain to fish out of your pockets or to keep installing and removing when you need to make an adjustment. The Combat Optic Tool lets me stow the caps in my range bag so they aren’t lost and make my adjustments with the tool instead. That sounds like a small thing but I find it to be extremely convenient.

The flat head driver on the Combat Optic Tool has a rounded shape which matches the dished shape of most slotted turrets better than a typical flat head screw driver. The curved shape also makes it possible to use on optics with smaller slots like the compact ACOGs.

The box end wrench is designed to self-adjust to a range of sizes that are typically found on QD optic mounts. It can be used on LaRue Tactical, GDI, and ADM mounts (though ADM mounts rarely require a wrench).

So far, I have used the Combat Optic Tool to:

Basically, this is the type of tool that you lets you improvise a bit. I have taken to carrying it with a Multitasker Series 2 and a selection of bits to match the fasteners on my gun. I can basically replace all the tools that I used to carry to the range with this combination. 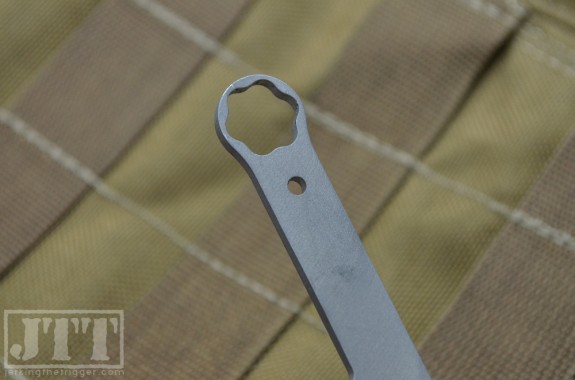 The Combat Optic Tool saves me time, space, and weight. It replaces multiple tools that I was already carrying. I consider it money well spent. In fact, I plan to order a couple more to stow in my range gear.