Welcome to Bargain or Just Cheap? This series will review budget friendly knives for a variety of uses in a short format. All of the knives will cost less than $50 (in most cases, much less) and will be purchased out of my own pocket. I’ll buy them, carry them, and use them in an attempt to determine if the knife is a bargain or just cheap.

The CRKT Minimalist is based on the original, custom Alan Folts designed Minimalist. This popular compact fixed blade can be found for less than $30 and it is extremely easy to carry… but is it a Bargain or Just Cheap? 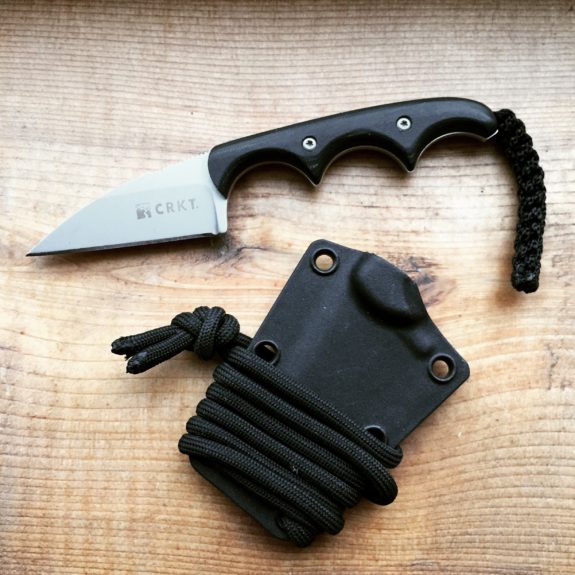 Everybody hates knife handles with finger grooves… until they try a CRKT Minimalist. In most cases, finger grooves are an annoyance but in the case of the Minimalist, they are the key to how a knife with such a small handle manages to lock into the user’s hand. That is really the genius of this Alan Folts design.

The Minimalist is ground from .10″ thick steel stock and has a relatively high hollow grind, especially on the wharncliffe style blade that I prefer. It is an extremely aggressive cutter thanks to this thin stock and good geometry.

The sheath is injection molded but it would pass for real heat molded kydex at a glance. It is actually a decent sheath that retains the knife well and allows a full grip on the knife handle.

Like I said, it’s a bargain. The Minimalist is a great little knife if you want a small utility blade to EDC. It’s an affordable, compact defensive fixed blade. It’s just a great knife all around.

I am using Amazon as the price base line for this series. All knives were purchased by me from Amazon: CRKT Minimalist

The above article may contain affiliate links.

I cringe whenever I see someone using a folding knife to process a game animal. I know it can be done and I’ve done it myself but all I can think about is what a pain it is going to be to clean the blood, fat, and hair out of the knife. Apparently, CRKT feels the same way because they created their new Field Strip Technology – a construction method that allows the knife user to easily open and clean a folding knife. 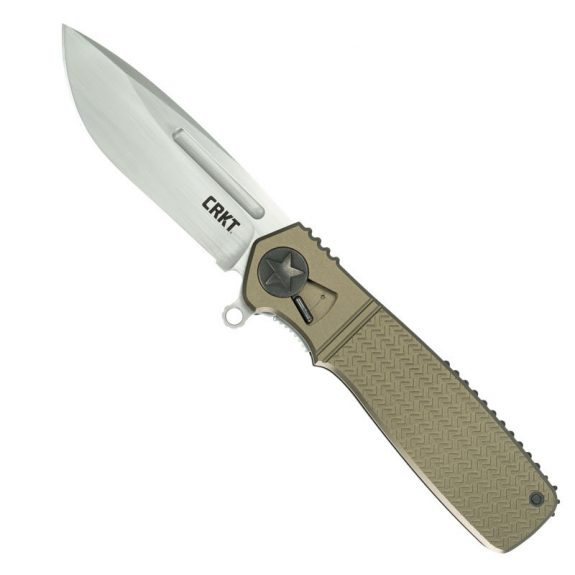 The Field Strip Technology is available first on a Ken Onion collaboration folder called the Homefront. By simply closing the knife, throwing a recessed, and loosening a thumb wheel, the Homefront can be seperated into component parts (see it in action below). Thankfully, it is designed so that small parts like washers, pivots, and the like are captive so that when you take the knife apart, you only have 3 parts.

You can learn more about Field Strip Technology in the video below or by visiting CRKT.

CRKT has started the Forged By War series of knives based on the work of Ryan Johnson, founder of RMJ Tactical. The series will consist of knives and tools designed by veterans and 10% of all sales of these knives will be donated to the veteran charity that the designer chooses.

The first three tools in this series were introduced at the 2016 SHOT Show and CRKT just released a series of videos that document the knives, the men behind them, and share more about the Forged By War program.

The Clever Girl with its sweeping, Persian style blade is one of Artificum Solis‘ most recognizable knives. While the Clever Girl is already pretty affordable for a custom fixed blade, it is about to become even easier on your wallet with the announcement that CRKT will be offering a production version.

The production Clever Girl is ground from .158″ thick SK5 steel and matches the custom’s dimension closely with its 4.6″ blade. It also features sculpted G-10 handle scales and a functional molded nylon sheath. 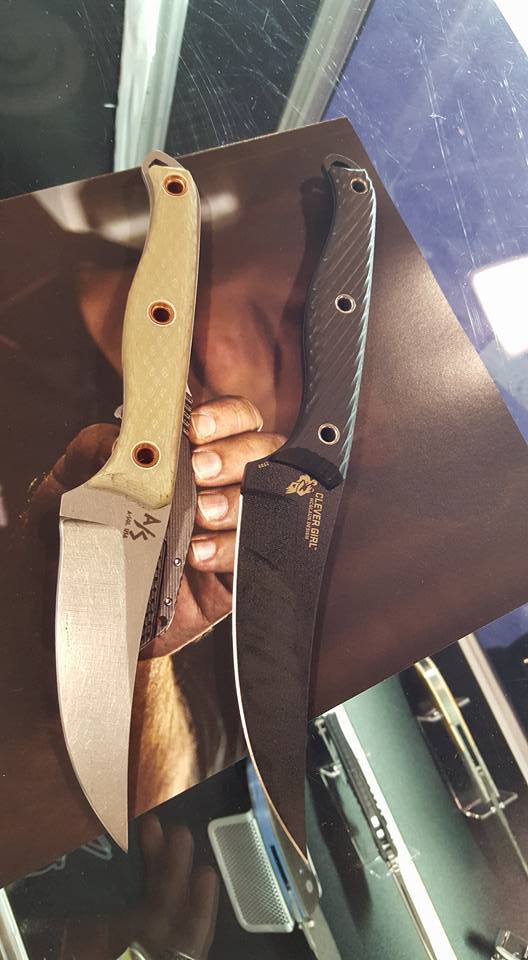