Wise Men Company’s new Signet Ring turns your Spyderco Delica into something entirely new – not quite a karambit but still a Delica. The Signet replaces the Delica’s back spacer with a machined aluminum ring that functions much like the ring on a karabit. It makes the knife easier to retrieve from the pocket and easier to hold in an edge down orientation. 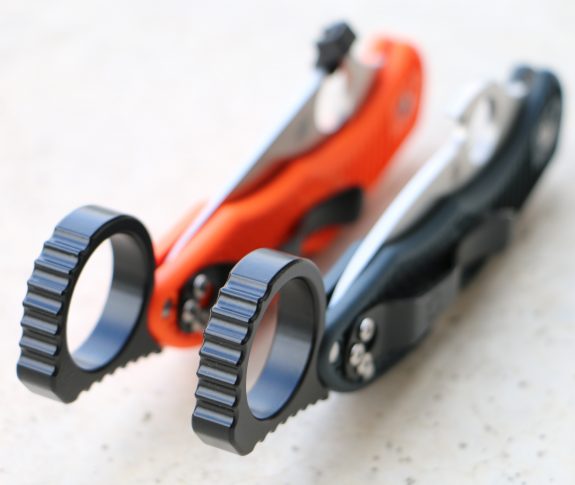 Delicas with the Emerson Wave Opener will be very easy to deploy using the Signet. The ring would sit above the wearer’s pocket where the index finger can easily slip into it and the knife will “automatically” deploy on the draw stroke. This can go a long way toward helping solve the issue of ending up with a grip that is too low on the knife when using the Wave. Regular Delicas may be modified to “wave” open in a similar way by simply attaching a zip tie to the Spyder Hole.

You can pre-order the Signet Ring at Wise Men Company. Shipping begins in January. 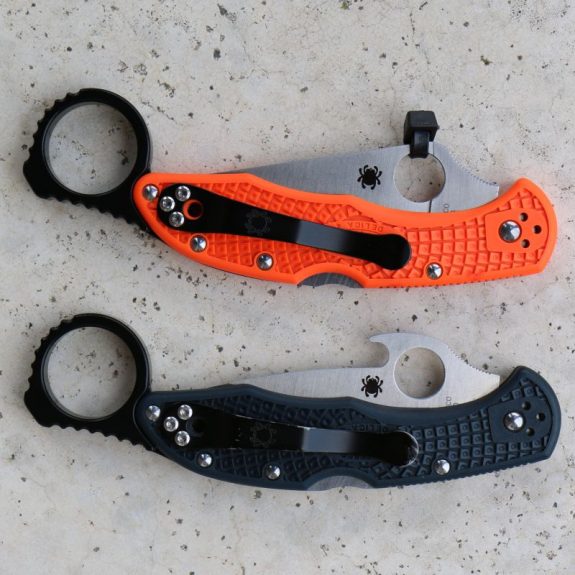 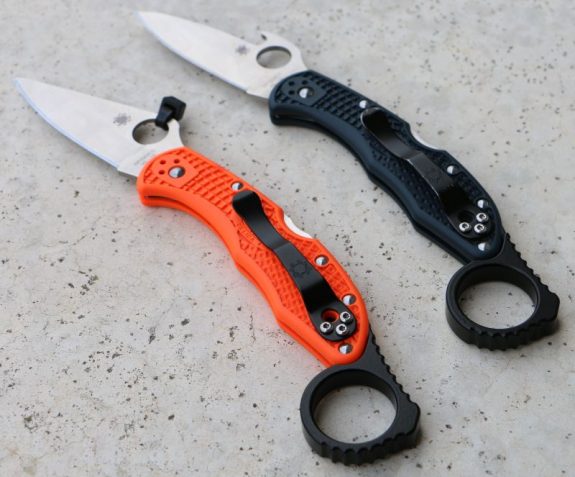