Loop Anywhere from Whiskey Two-Four (WTF) is a simple way to add loop material (Velcro) to any MOLLE compatible surface. It also happens to be one of those pieces of gear that you always seem to find new uses for. 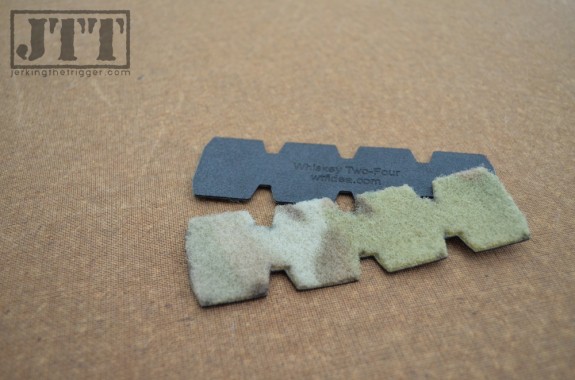 Loop Anywhere is elegantly simple. It consists of a piece of loop material (the fuzzy side of Velcro) that is laminated to a piece of thin, semi-rigid plastic. it is then laser cut to shape. It is available in a number of sizes based on the number of PALS columns that you need to span.

It’s unique shape makes it very easy to install between rows of PALS webbing. You just tuck the tabs into the webbing above and below. It takes just seconds to install a 4 column size Loop Anywhere once you have the hang of it.

The most important thing that I wanted to verify when I first laid hands on Loop Anywhere was that it was secure. It just tucks into the webbing so I was concerned that if it was easy to install, it would be too easy to remove. I was happy to find that it is actually very secure, especially when the spacing on the PALS platform you attach it to is in spec. It takes intentional action to remove it once installed. 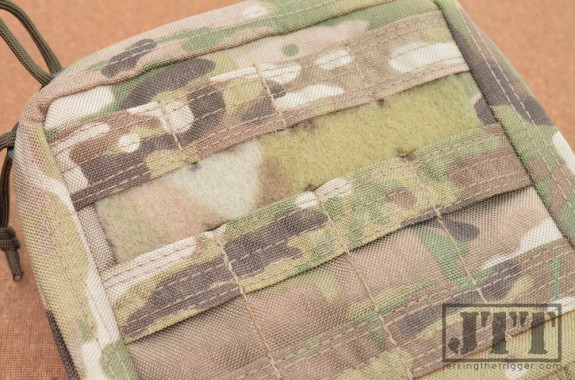 I also wanted to see how it handled imperfect PALS grids. Most gear is still hand sewn by a craftsman with a sewing machine and the spacing on the PALS webbing can vary a bit. The best maker minimize this but it is a reality. Loop Anywhere’s tabs are tapered and I found that they handle quite a bit of variation in the grid because of that.

Loop Anwhere’s backing is thin enough that you can cut it with a pair of sturdy scissors. This is handy if you want to trim a piece to fit in a spot that has an abbreviated row of PALS webbing. There is no real need to trim to it to fit between pouches because it can actually share PALS columns with other pouches.

The obvious use for Loop Anywhere is for adding ID to items like plate carriers that may not come with sewn on loop material. It works very well for this and is perfectly sized for name tapes. I also found it very useful for adding loop material to the front of an IFAK so I could add a small red cross patch to indicate the contents.

If you have large patches that you want to mount, you can use multiple Loop Anywhere panels to create a large loop field. Large patches can span the PALS webbing and should hold fairly securely but care should be taken to really press them down into the loop material to make sure they are set. This works for the standard 2×3″ sized patches that are so common.

My favorite use for them is to help convert a plate carrier to accept clip on chest rigs and panels like the TLMP from Beez Combat Systems. I have a Mayflower APC that I like quite a bit but it is an earlier version that lacks loop material on the cummerbund flap to mate with the hook material on the best of mountable chest rigs. Loop Anywhere allows me to quickly add loop material right where I need it on the flap. 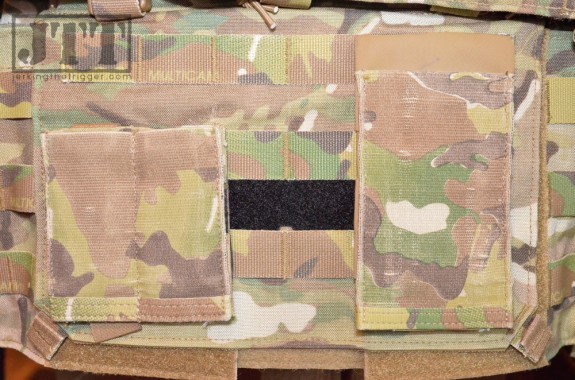 I think the best thing about Loop Anywhere is its flexibility. It can be used in so many ways and so many places. If I was a gear maker I might even explore designing it into the gear I make. Instead of sewing loop material into fixed positions on a plate carrier or backpack, Loop Anywhere panels could be provided so the user can place the loop where they need it or remove it if they don’t. So much of gear these days is modular and this could be used to add another layer. 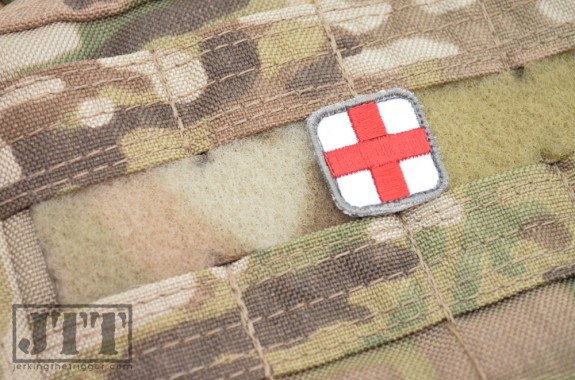