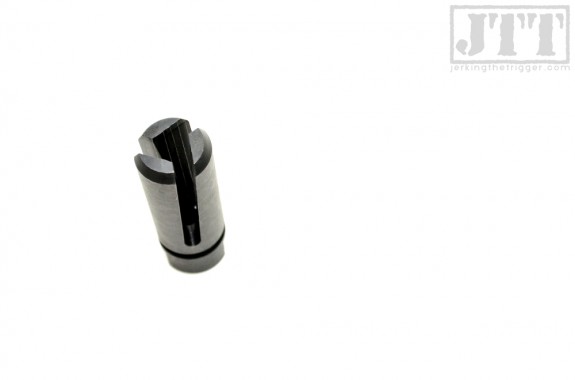 In recent years, Manticore Arms has rolled out products for various other rifles including the AR-15. One of their most recent offerings is a flash suppressor that they call the Eclipse.

The Eclipse is a forked or pronged style flash suppressor with 3 thick prongs. It weighs 3.6 ounces, the standard 22MM in diameter, and is 2.25” long (long enough to be pinned on a 14.5” barrel to bring its legal length to 16”). The Eclipse fits 1/2×28 threading and is specifically sized for .223 or 5.56mm projectiles or smaller. It is machined from 8620 steel and finished with Manticore Arms’ typical attractive black oxide finish. 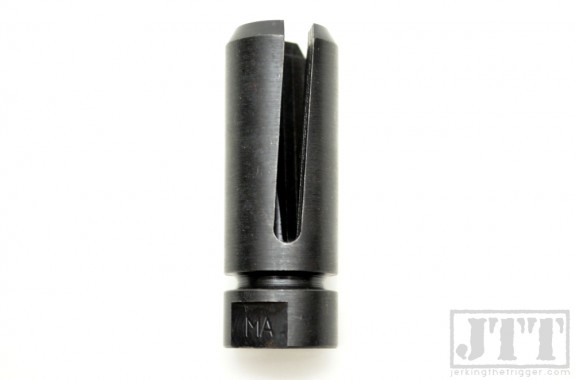 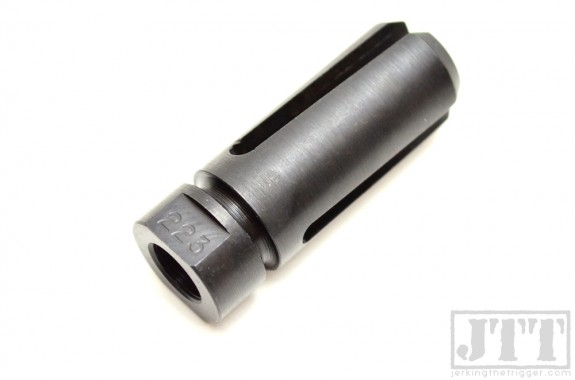 I tested the Eclipse flash suppressor with a mix of ammo that I had on hand which mostly consisted of Prvi Partisan 75gr .223 and Prvi Partisan 62gr .223. The Eclipse performed very well. There was no visible flash at the shooter’s position at any time. Observing the muzzle from the side would occasionally show a very faint, pencil thin, dull orange flash in front of the Eclipse that was barely visible and I mean BARELY visible. The performance of the Eclipse was on par or better than other pronged flash suppressors which is especially impressive given its price compared to most. It works very, very well. 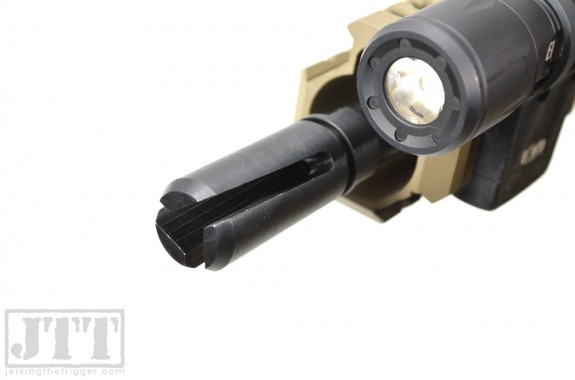 I tested the Eclipse on two separate range trips. I wore electronic hearing protection on the first trip and ear plugs on the second trip. I did note some tuning fork-like ringing when I wore the electronic hearing protection (common to most pronged designs). It was duller and shorter in duration than other pronged flash suppressors that I have tried which is likely due to the thickness of the prongs. I didn’t note any ringing when wearing the ear plugs without the aid of electronic amplification.

The Eclipse is a solid performer at a great price. Check out the Eclipse Flash Suppressor at Manticore Arms. 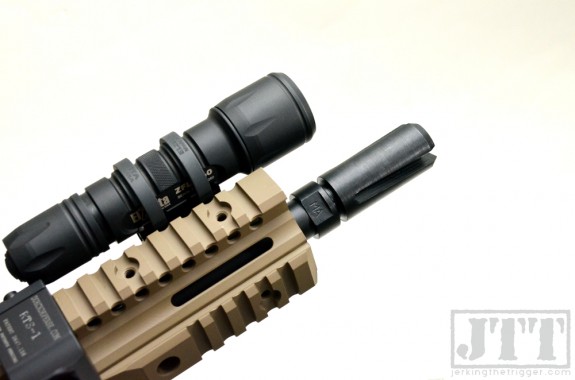