The Austere Provisions Company CORE Panel is one of those pieces of gear that doesn’t really need a specific use because you can just look at it and imagine about a million ways to use it. It is a blank canvas that is just waiting to fill a void in your gear.

The CORE Panel is made by Blue Force Gear for Austere Provisions Company. It utilizes Blue Force Gear’s MOLLEminus technology to keep weight and complexity to an absolute minimum while also amping up the durability.

It features a 3 row x 6 column MOLLE compatible matrix of slots and voids on each side of the panel. The 3 row dimension was purposefully chosen so that it matched the dimension of most chest rigs which maximizes the number of pouches that will fit. The interior of the CORE Panel features a hook and loop closed pocket.

The CORE panel also features a loop at each corner that is useful for affixing buckles and straps (more on this later). It has two compact webbing handles that can easily be packed into the interior pocket if you don’t need them. 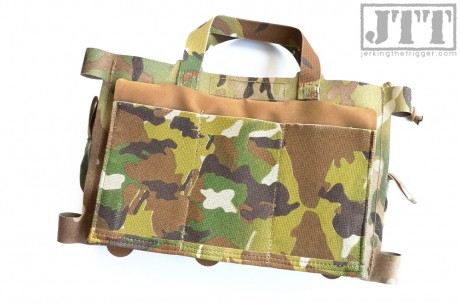 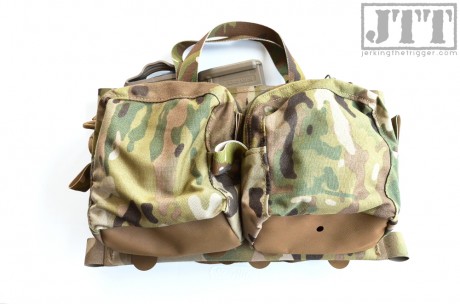 Most people will probably use the panel as a drop in organizer for another pack or as a stand-alone grab-and-go type bag. It works very well in both roles. It will easily fit in most messenger bags, 3 day size packs, and even some of the larger assault packs. It is also really easy to just toss between your car seats or on the car seat next to you all by itself.

Once I had the CORE Panel in hand, I started to see all kinds of potential so I started experimenting with various buckles and strap. The loops on the side of the CORE Panel are sized to accept 1” repair buckles which makes it easy to turn the CORE Panel into a bandoleer with waist strap. You can just attach a few female repair buckles and then use straps from one of your chest rigs. Viola! You have an instant bandoleer that is capable of carrying extra ammo and first items. 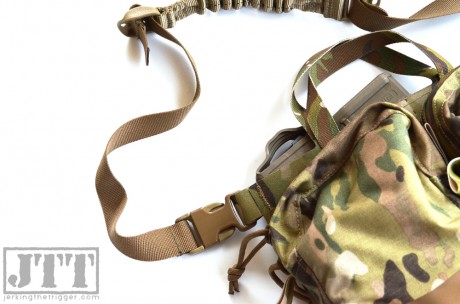 I also experimented with docking the CORE Panel to the exterior of a pack and I was very, very pleased with the results. If you have the right buckles and something like a Velocity Systems Swiftclip set, you can turn the CORE Panel into a compression panel on a back pack or you can just use repair buckles to dock it like you would a Dock and Lock Pouch from Kifaru. The simplest method that I found was to just attach a couple Grimloc Carabiners to the loops. This allowed me to quickly dock the panel to another pack, even in places that might not have PALS webbing.

The CORE Panel is so versatile and works so well in the ways described above that I would like to see Austere Provision Company offer optional accessory kits that expand the capability of the panel. At the least, there is plenty of potential for a bandoleer kit that included a shoulder and waist strap. I am not a police officer but I spoke with one who liked that idea for use as an active shooter response setup.

As of right now, I have mine set up as a bandoleer of sorts. I have 2 spare rifle mags and a flashlight placed in a Blue Force Gear 10-Speed Pouch where I can access them immediately. On the opposite side, I have 2 utility pouches that can hold medical supplies, a cell phone, or whatever else I might need to respond to some sort of emergency around my home. 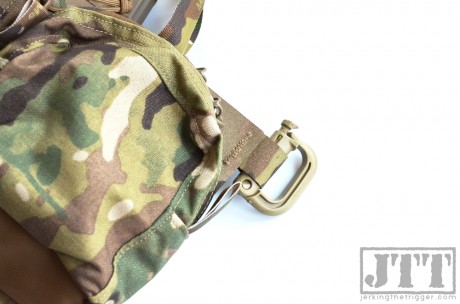 It seems that often, when a piece of gear is designed to be versatile, it does several things acceptably well but isn’t truly great at anything. That is not the case with the CORE Panel. It is an exceptional bandoleer and an exceptional gear organizer. It docks onto a pack like it was made to do so and even works well as a stand-alone grab-and-go bag. If you can’t find a use for the CORE Panel, check your pulse. This is one of the most versatile pieces of gear that I have ever laid my hands on. 10 years from now, I will still be finding new ways to use it.

Check out the CORE Panel at Austere Provisions Company.