Tacticool22 has been offering their barrel nut adapters that allow you to mount an AR-15 rail on the S&W M&P 15-22 for a long time. Now they have gone a step further and are offering a complete handguard designed to install on the M&P 15-22. 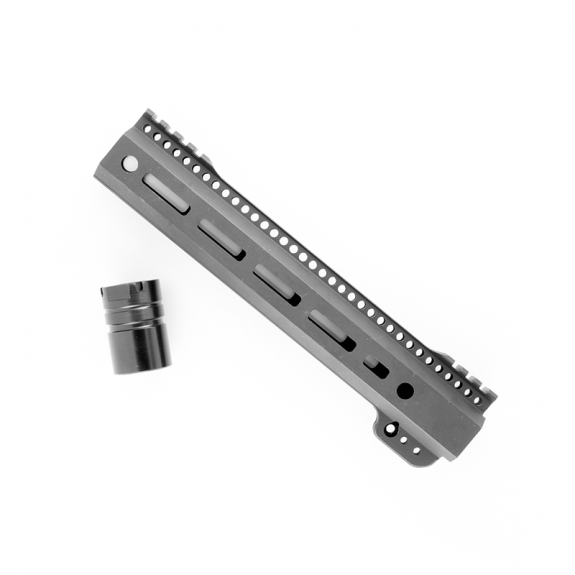 Their 10″ Free Float Handguard with Picatinny Rail for S&W M&P15-22 comes with all the parts you need to mount it on a your rifle (tools sold separately). The handguard features aluminum construction, M-LOK slots on the 3, 6, and 9 o’clock sides, and a short section of rail on the top for mounting sights. At 10″ long, it is the same length as the factory rails found on most M&P 15-22 variants.

I have put a lot of rounds through my M&P 15-22 and I have changed the muzzle device a few times. All the shooting and tinkering added up to a slightly loose barrel nut. I noticed that accuracy was degrading a bit and my zero had wondered. I knew that a loosening barrel nut was a possibility so that is the first thing I checked when troubleshooting and once I established that as the issue, I went to Tacticool22.com to purchase a barrel nut wrench. 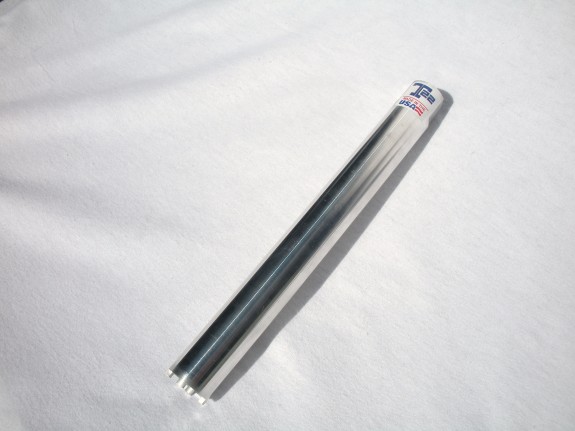 Consider this a mini review. The service is great from Tacticool22 and the products are solid. The wrench was in hand 3 days after I ordered. It is a piece of thick aluminum tubing with teeth machined on one side and wrench flats on the other. You just slip it down over the barrel so the toothed end engages the barrel nut and use a wrench on the flats to tighten (or loosen). There is enough clearance inside the tube to pass over muzzle devices that don’t stray too far from normal dimensions.

It took surprisingly little movement to tighten the nut. It was barely loose but had a noticeable effect on performance. I suspect many people with M&P 15-22s have borderline loose barrel nuts and don’t even know it. If you own an M&P 15-22, I highly suggest that you invest in the barrel wrench because you will need it sooner or later. My only regret is that I didn’t order the barrel vise jaws that Tacticool22 offers at the same time as the wrench.

I am not one of these unreasonably plastiphobic gun owners who think anything other than blued steel and walnut are prone to break, but even I am not particularly fond of the plastic charging handle that is standard on my S&W M&P 15-22. I tend to run the charging handle vigorously and I just doubt it will hold up. Thankfully, it looks like Tacticool22.com will have a metal charging handle available soon. 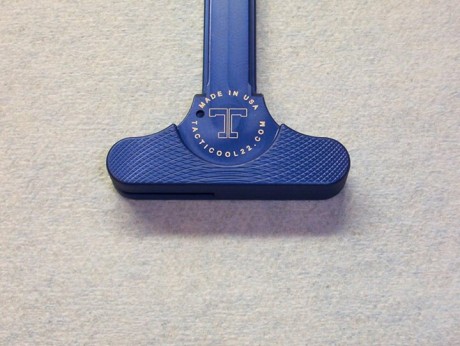 The use of .22LR training firearms has taken off in a big way because of the difficulty of procuring and affording ammunition during The Great Panic of 2013. Shortly before the panic started, I made the investment in both carbine and handgun .22LR training firearms. On my quest to make my S&W M&P 15-22 as much like my centerfire carbines as possible, I came across Tacticool22. They have several products that can help you soup up your .22LR to your heart’s content or just make it function a bit more like your centerfire carbine.

I spent a fair amount of time researching what I would need to adapt a rail like an MI Gen2 SS-series rail or Troy Industries Alpha Rail to my M&P 15-22. Much of that time was wasted because Tactical22.com carries kits that already contain everything I will need. They include a barrel vice block, free float handguard converter, and the 2 necessary wrenches (1 to remove the factory barrel nut and 1 to tighten the free float handguard converter).

I still had some questions as I planned my build so I sent them an email. They responded with an answer within 20 minutes… at 10PM… on a Sunday! That sealed the deal for me. As soon as I can track down which handguard I want to use, I will pick up a kit from Tacticool22 and do a full review.

Hopefully, the next time you see this, it will be sporting a new extended free-float handguard.