I used a wide, brass tip from a wood burning kit and a rotary tool to create a stippling tool that laid down several points at once and I outlined my ghetto process for creating it here on JTT. That was written in 2011 and I still get emails asking to buy the tips (which were never for sale). I am grateful to Oregon Trail Defense (OTD) for finally giving me a place to send to people to find a tool like the one I made. 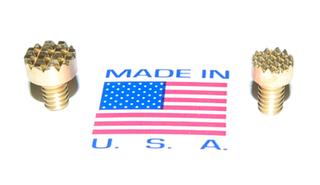 OTD is now offering a Waffle Stippling Tip. It is much, much nicer than the janky one I made for myself. A tip like this is very efficient because it allows the user to lay down multiple points each time they contact the frame with the stippling iron. This greatly reduces the time you must spend inhaling the acrid little wisps of smoke that roll off the polymer frame of your favorite handgun. 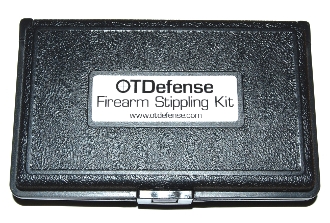 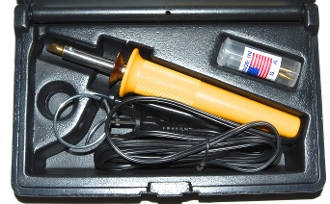 Note: To head off the emails and to be clear – I am not saying OTD LLC ripped off my idea. People have been making and using tips like this long before I made mine. It is about time someone brought one to market.

Safariland’s ALS holsters are some of the easiest to use level II security holsters available. ALS holsters release the firearm by means of a small nub that is pushed to the rear by the user’s strong side thumb during the draw stroke. The nub, as designed by Safariland, generally works pretty well but for users who want to improve the drawstroke, there is the OTD LLC Nub Mod. 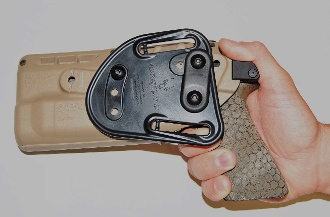 The Nub Mod is a two piece, hard anodized aluminum, bolt-on attachment for the stock ALS nub. It enlarges the nub and improves the angle at which the user’s thumb interfaces with the nub. Installation is very straight forward and requires no permanent modifications to the holster.

If you are using your ALS hoslter in a law enforcement or security role there is reason to give careful thought to making the gun easier to get out of the holster. Many shooters, myself included, use ALS holsters as a way to provide some extra retention during outdoor pursuits/work and this modification is a no-brainer for those activities. 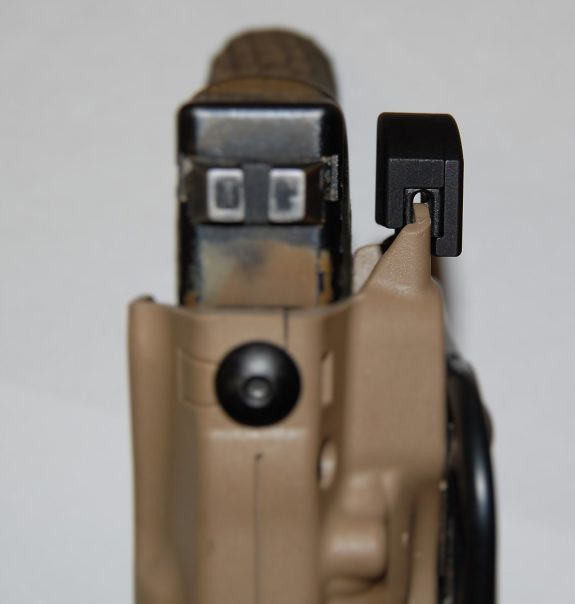