You probably have various plans for your family like we do. If “A” happens, we do “B”. If “X” happens, we do “Y”. You might even drill those plans on occasion like a fire drill. But what happens when something you didn’t specifically plan for happens? Well, the good news is that some planning – any planning at all really – can help even when something that you could never foresee happens. 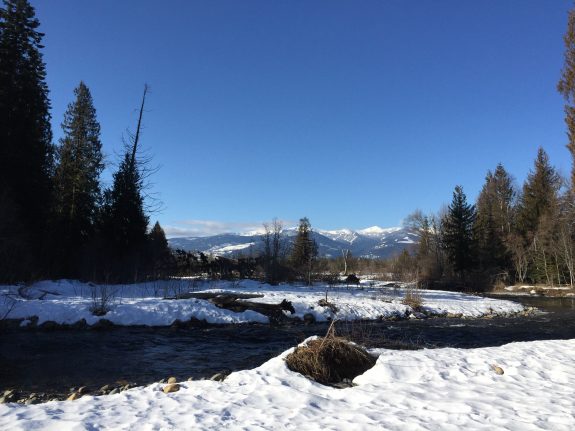 Trouble can always find you… even here.

I will shorten this story significantly so I don’t lose you in the third paragraph. It is a much longer story that I may share sometime as there were a ton of lessons learned for our family. For now, I will start at the middle of my lunch break a few weeks ago when we received a text message from our county alert system telling people to stay away from the road we live on and to report anyone suspicious. This road is very long and we live on the very beginning of it. We wondered where on our road the emergency might be happening but I guess I didn’t think enough of it to take immediate action.

I finished eating lunch while thinking about the text message and resolved that I would find out more after lunch. I put on my coat, started to head out the door and that is when I noticed that there were sheriff squad cars, lots of squad cars, parked at the end of our driveway. The police emergency which was clearly a man hunt wasn’t just on our road, it was happening on our property.

I turned back inside and began the process of notifying our other family that lived on the property of this while also rallying my own family. My wife and I began the process of securing our home – retrieving a firearm for the adults who were not already armed and double checking every window and door lock. This, we found, made our young daughters quite nervous as they didn’t fully understand what was happening but knew it was at least a little serious. So, we also started to give them tasks like taking their coats off their hooks and staging them in case we needed exit quickly, putting on socks, then boots, and similar tasks to take their minds off what was happening because by this time, they were fully aware of police presence.

Almost Any Plan Will Do

If you think about it, most of your short term plans for your family’s safety require similar actions. The stimulus that begins the plan may be wildly different but the course of action set in place by that stimulus is likely to be similar across many situations.

The actions that I described above were planned ahead of time though not necessarily because we thought there would be a manhunt on our property. We never considered that could happen and it likely never will happen again. The actions we took really had more in common with plans for a quick moving wild fire (which is a major issue in our part of the world) than it did with any plans we might have for an intruder. We essentially needed to shelter in place with the knowledge that we may need to leave immediately. So, while the event of a man hunt on our property wasn’t necessarily planned for specifically, we were able to draw from other plans to deal with the issue.

Here are some lessons on planning that we drew from this in hindsight:

As I said, the above is an extremely short version of the story. It did end well with the suspect being found 20 feet up a tree down in our woods. There was 16-18″ of snow on the ground at the time so the sheriff’s department was able to track him effectively and the tense part of the situation only lasted about 2 hours.

I’m glad that we had some plans in place even if they weren’t specifically for a man hunt on our property.