Gunstruction’s last big release brought with it the ability to build virtual AKs. Now, about a month later, Gunstruction has compiled the parts selected most often by Gunstruction users into a single User’s Choice Build. This is not intended to be a cohesive build (though it may work out that way) but rather a compilation of the most popular parts in various categories based on Gunstruction’s data. It is an interesting window in consumer trends. 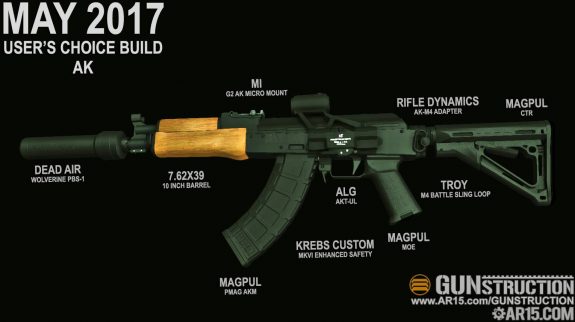 We don’t have any trends to compare this build against since this is the very first AK User’s Choice Build but there are still some interesting observations we can make. Magpul continues to dominate the grip and stock categories among Gunstruction users, even when they are building AKs. It’s also interesting that a 7.62×39 AK was chosen as the most popular starting platform.