I have had the chance to use one of Blue Force Gear’s Special 1404 Sling since July of this year. As you may recall, this sling is somewhat expensive due to the nature of its small production run and the custom hardware it uses. Blue Force Gear was fully aware of the perceived cost of this sling so they offer it with 2 free QD swivels to help add value.

I don’t normally comment much on cost, choosing instead to let you make your own judgements on value. However, in this case, the cost is integral to the story of this sling and it will come up in the review. 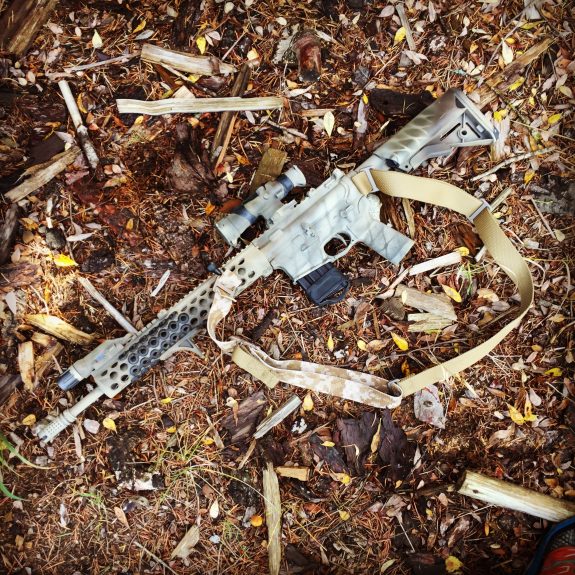 The Special 1404 Sling is very much like a regular Vickers Sling (VCAS) with a few changes. It has the soft touch webbing that you are used to from Blue Force Gear, the quick adjuster with contrasting pull tab, and the general bomb-proof quality you expect. 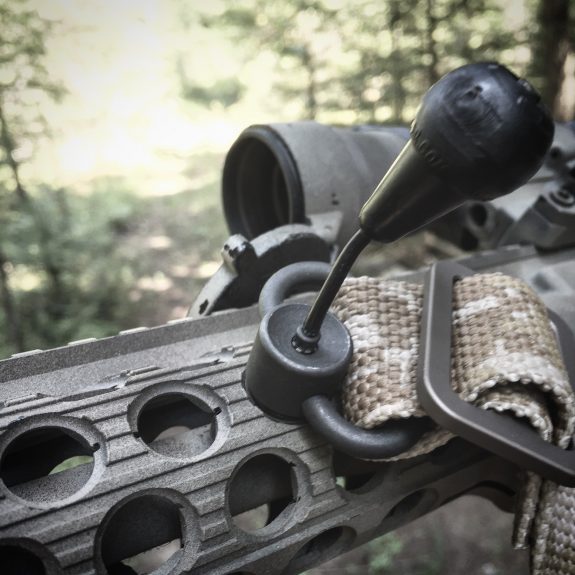 The idea with the Special 1404’s wider webbing is to spread out the weight of the rifle, making it more comfortable to wear over a longer period of time – sort of like a padded sling without the padding. It works to some extent but it is difficult to say how much. I used this sling with some of my heavier rifles and found that it was a slight improvement over the regular VCAS but a padded VCAS was still preferable for a heavy rifle – no surprise there.

I think this particular sling shines on rifles that are already somewhat light in weight and I don’t mean ultra-light rifles. This sling adds an extra measure of comfort on a rifle in a 8 lb and less range. That is where this sling really shines because, unlike a padded sling, it is able to provide that extra comfort without the bulk of padding. 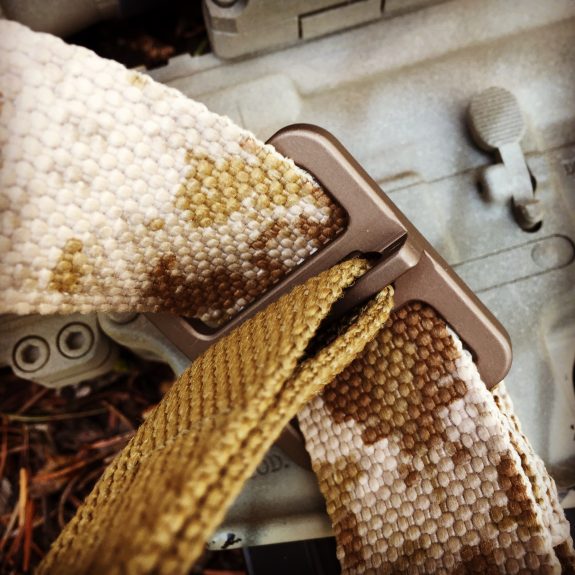 I used Blue Force Gear slings long before they were an advertising partner here on JTT. I always preferred their webbing and the simplicity of their quick adjuster – push to tighten, pull to loosen, easy. This sling has all that. If you have never tried Blue Force Gear’s webbing, borrow one from a friend and see what I mean. It is thick with rounded, comfortable edges and a soft brushed feel that seems more like soft cotton canvas than harsh nylon. The Special 1404 Sling has that same webbing.

It also has the quick adjust slider with contrasting pull tab. The simplicity of this system continues to be the strength of the VCAS slings and it works just as well here. This also happens to be the best looking slider I have seen yet on a Blue Force Gear sling. It’s machined aluminum and sports an FDE, hard coat anodized finish.

So, does this sling live up to it’s cost? I say it does and I’ll explain. A standard VCAS without padding and the metal hardware option costs $65. If you add two QD sling swivels, you add another $34 for a total of $99. The Special 1404 Sling comes with swivels, has even nicer hardware, and the benefit of the wider webbing for $105. It isn’t as expensive as you think when you actually do the math… at least at MSRP. The gap does widen a bit more if you consider a standard VCAS at a retail establishment but BFG is still delivering value for that increased cost. 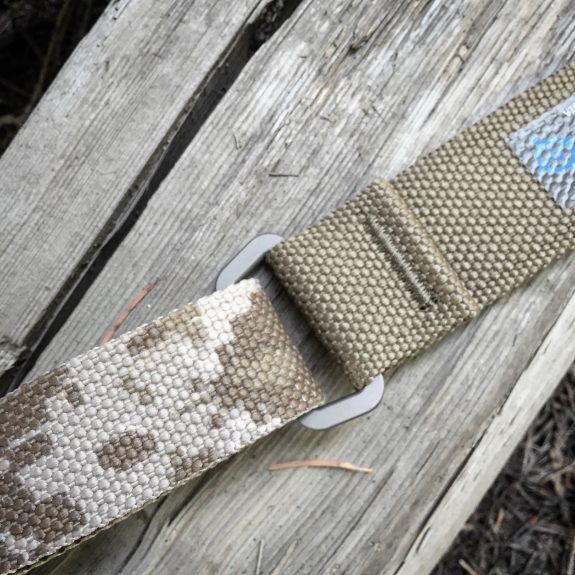 I like the Special 1404 Sling but that shouldn’t really be a surprise because, under the slick hardware and wider webbing, it is a well proven Vickers Sling – my preferred sling. It works and it is really, really nice. Blue Force Gear delivers value for the cost of the sling so it doesn’t feel like a waste, but I would never fault someone for choosing a standard Vickers Sling over this.

You can check out the Special 1404 Sling at Blue Force Gear.

Disclosure: This sling was provided to me, free of charge, by Blue Force Gear.

One Response to Review: Special 1404 Sling from Blue Force Gear