How do you set yourself apart from your competition? Pay attention to the little things. I am fascinated by the small details that designers build into their products. Often, these features are so subtle that you may never notice them in an overt way but they are there none the less, improving functionality and setting apart one product from another.

L.A.G. Tactical’s Defender Holster has a small, barely noticeable feature that can go a long way toward keeping your magazine in the gun where it belongs – especially on models with ambidextrous magazine release buttons like the Sig P320. They contour the edge of the holster very subtly to cover the magazine button. If they covered it entirely, the holster could prevent a firm firing grip from being established during the draw. Instead, they cover it just enough to protect the button. 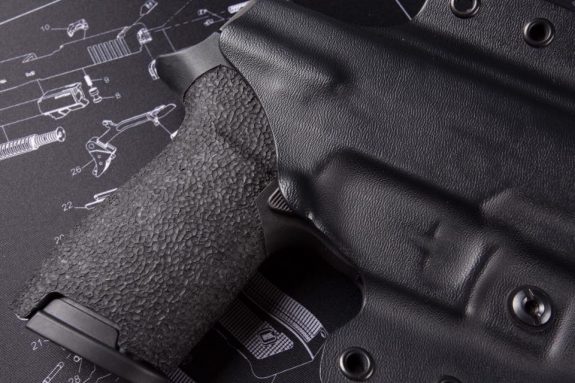