The holsters are the same great holsters but the name has changed. SHTF Gear is now Black Arch.

Logan, UT – April 12, 2016 – SHTF Gear LLC, a manufacturer of hybrid holsters for concealed carry, announced today that it has changed its name to Black Arch Holsters. “With current growth and plans for new products, the timing was finally right to act on plans to change the company name” stated Clay Moultrie, president and founder.

The new name makes reference to the towering stone arches that are unique to the company’s home state of Utah. These natural arches were carved out of sandstone over thousands of years and are among the largest in the world. The name Black Arch pays homage to these silent giants who stand defiantly against all opposition and inspire greatness in design.

This change in name follows just weeks after the company announced that it had increased the size of its production facility by 33% in order to make room for new R&D equipment and a product showroom. This new equipment will allow the company to continue developing its current line of holsters while also pursuing new products.

Expansion of its facility and development of new products won’t affect current lead times, stated Moultrie. Black Arch remains committed to producing the highest quality of holsters and offering a lead time of only 3-­5 business days. Additionally, the lifetime warranties of all SHTF Gear branded products will be honored.

Founded in 2010, Black Arch Holsters (formerly SHTF Gear LLC) was launched to produce custom hybrid holsters for concealed carry. Black Arch continues to grow and develop new holsters and other products with the same focus on innovation, quality, and efficiency. The company’s name makes reference to the towering stone arches of southern Utah that inspire greatness in design. They can be found at BlackArchHolsters.com or contacted at (435) 261­-2231. 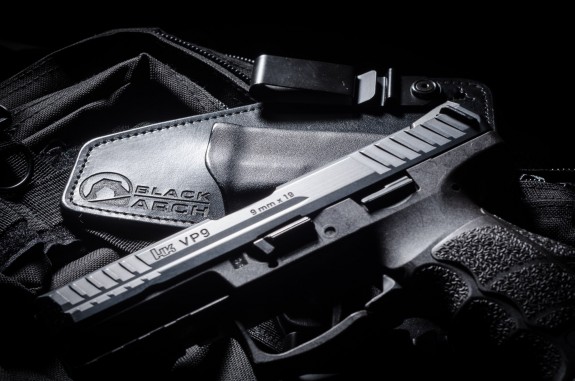