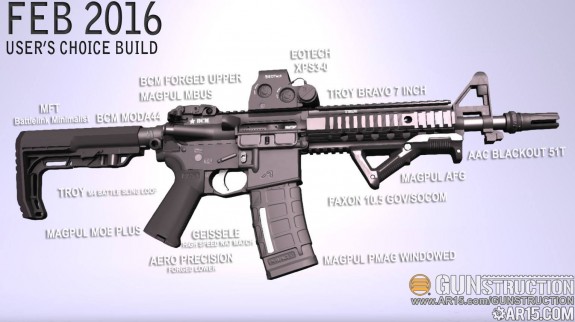 As you can see, Gunstruction users chose the EOTech XPS3-0 most frequently from the optics category. In fact, EOTech has been the optic of choice going all the way back to September 2015 (August 2015 was a Trijicon ACOG). This has happened in spite of the very public issues with EOTech sights. There is often a disconnect between the firearm related media and the firearm related consumer. That appears to be the case here.

It’s also interesting that this build is nearly identical to the January User’s Choice Build which has never happened in the time I have been tracking these builds.