I just spent some time shooting my old Marlin 336 (a lever-action .30-30). Every time I shoot it, I leave the range wondering why I don’t shoot it more often. It was my very first center-fire rifle, given to me by my grandfather, and it remains one of my favorites.

Almost any lever-action, regardless of the name rolled marked into the barrel, is a joy to shoot. They are light, quick, hard hitting, easy to shoot, and easy to carry. Sure, it isn’t the most flat shooting cartridge, but the zero is easy to remember and I can basically hold the sights on a 10″ target out to 200 yards. 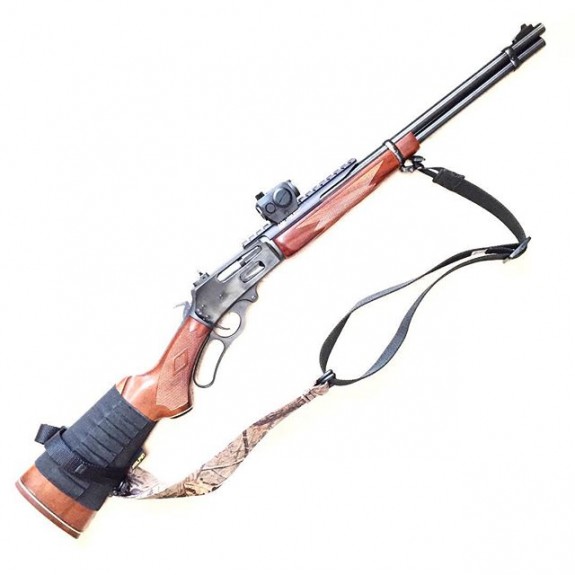 A rifle like this can conjure up all kinds of day dreams in a young man as he carries it through the woods and it still does for me in spite of the fact that I am not as young as I once was. A lever-action rifle, perhaps more so than any other type of rifle, feels as though it could be taking a trophy buck in one moment and defending your homestead from marauders in the next. I have never done either with this particular rifle. Nothing even close to what could be considered a “trophy” has ever walked in front it and I am fortunate that I have never had to defend my homestead but it is comforting known that I, with it in my hands, am capable of either.

This 336 was not new when I received it but it was well cared for and I have maintained it well in turn. I seem to be getting older but this rifle never does… Neither does the freedom of owning it. It reminds me that good rifles and good men wielding them are our heritage, our birthright, and the birthright of future generations. If you give a young man a .30-30 and teach him how to use it, he might just do the same one day.

Tell me about your favorite old rifle below in the comments.

10 Responses to Some Rifles Never Get Old