It is no secret that Faxon Firearms’ barrels are affordable but just because something is affordable, doesn’t mean it is worth its asking price. I have spent the last several months and over a 1000 rounds with one of their 16″ Pencil, Mid-Length, 5.56, 416R Stainless Barrels and I am happy to report it is worth the asking price and probably more. 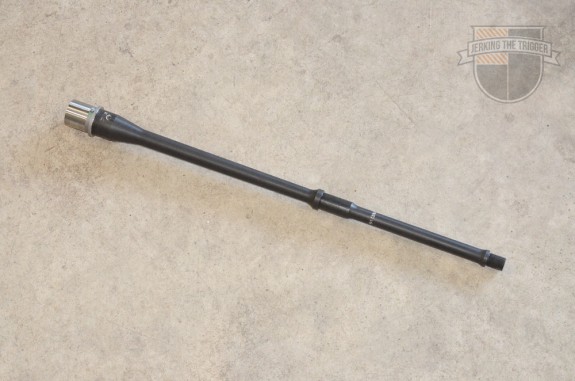 The name of the barrel tells you much of what you need to know in terms of specs and features. Faxon Firearms makes this barrel in both 4150 steel and 416R stainless steel. Both are finished throughout with QPQ (a nitriding process). The particular barrel that I used for the test was the 416R version but I also own a 4150 version and have had similar results with it.

The fit and finish on these barrels is quite good. The QPQ finish has a deep, dark, slightly lustrous black color. The markings appear to to be laser etched on the barrel and are not garish. Overall, the impression given from handling the barrel is one of quality. 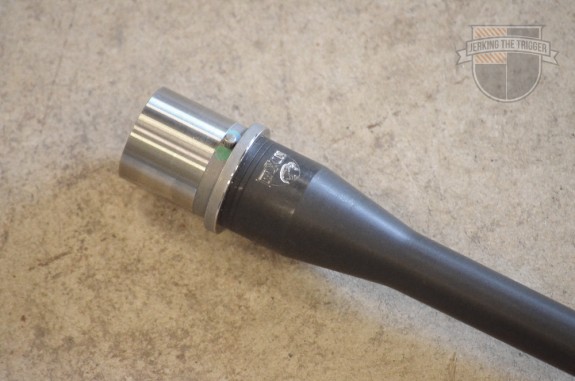 Reliability has been excellent. I have just over 1200 rounds through this barrel. I built the upper with an Aero Precision upper receiver, LMT bolt carrier group, ALG Defense 12″ EMR, and the Faxon Firearms barrel. I ran a wet patch followed by a few dry ones down the barrel before I assembled the upper and haven’t cleaned it since. Oil has been added during shooting sessions. American Eagle XM855 and Prvi Partisan 75gr Match were used throughout the testing and the carbine did not have a single stoppage.

Lest you think this is just a sample size of one, I also have the 4150 version of this barrel that I purchased myself. It has just over 800 rounds through it with no cleaning and without a stoppage. Certainly, two is still a small sample size but it is a good start.

Accuracy has been very good. I used a Trijicon TR-24 Accupoint for the testing (not necessarily the best for shooting groups but still a capable optic). I shot two separate five shot groups when the barrel was brand new, three separate five shot groups at just over 500 rounds, and two more at almost 1000 rounds. That is a total of seven 5 shot groups, all shot with Prvi 75gr Match ammo at 100 yards. The average center to center measurement for all seven groups was 1.23″. I have included an image of the fourth group below that represents the median group in terms of center to center measurement. I suspect that better groups could be accomplished with a more precision oriented optic and different ammo but I was pleased enough with its performance and practical accuracy to not pursue it further. 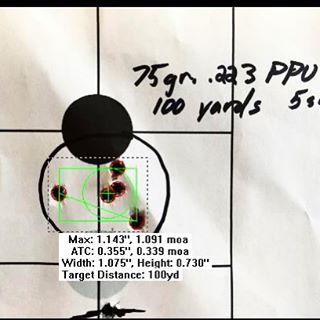 Pencil barrels are the topic of all sorts of theoretical conversation on gun forums and the like. If you spend much time reading you might think that your barrel will turn to a wet noodle at the end of a long and fast string of fire and that any chance of hitting what you are aiming at will go out the window. I simply haven’t found that to be the case. This barrel, even after a mag dump, was still capable of hitting a full size steel silhouette at 300 yards 10 out of 10 times from a magazine monopod position at a fairly fast cadence. Accuracy certainly decreases as the barrel gets very hot but given reasonable conditions, if you are missing at 300 yards, it is probably you and not the barrel. Unless you have some specific purpose for a carbine that precludes the use of a pencil barrel (like a dedicated precision build or use with a suppressor), I highly recommend looking at a lighter barrel profiles for general purpose rifles.

An AR-15’s chamber, gas port, and their associated dimensions play a large role in the reliability of an AR-15. The 1990’s and early 2000’s were full of over gassed AR-15s with poorly executed chambers that required reaming to function reliably. The quality of the barrel is also directly tied to the accuracy potential of the carbine. When you think about it, a lot of your AR-15’s potential is tied up in the barrel which is why sometimes, it isn’t worth it to go cheap on the barrel.

Check out this barrel and all the barrel options at Faxon Firearms.

Disclosure: This barrel was provided to me by Faxon Firearms free of charge for review. 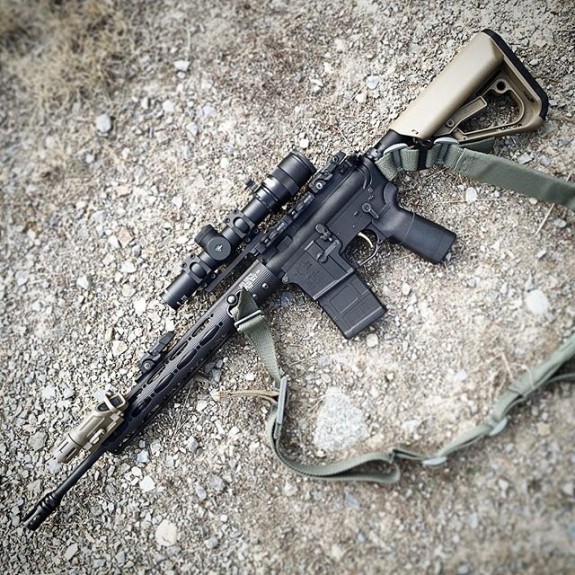