It seems like knock-off gear is a fact of life at this point. We don’t like it but apparently people buy it so it perpetuates. However, there is something especially irresponsible about the creation and subsequent sales of fake life saving gear like tourniquets. The Combat Application Tourniquet (CAT) has been knocked-off and the fakes have actually been finding their way into real situations. 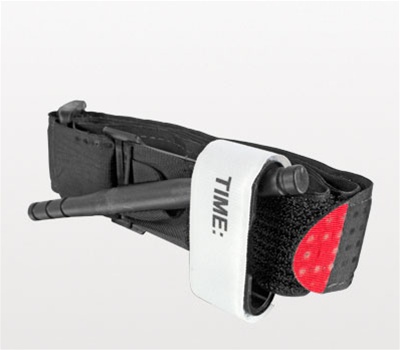 The failure of these TQs is not only dangerous for the person it is being applied to but it casts a shadow of doubt on any CAT purchased from sources other than North American Rescue. Austere Provisions Company has taken an extraordinary steps to show the authenticity of their CATs.

ANNOUNCEMENT: While placing an order for a batch of CAT TQs today and thinking about the huge issue of counterfeits on the market I have made a decision. Going forward any order that includes one or more CAT TQs will include a copy of the invoice from NA Rescue with non-pertinent information redacted. While it cannot 100% guarantee the authenticity I think it goes a long way to that end.

If you are buying CAT TQs off ebay, Facebook, surplus stores, etc you run the risk of getting a TQ that may not work when you need it. If the price seems too good to be true it probably is.

Austere Provisions Company only sources TQs direct from the manufacturer to insure that we are providing legitimate products to the end user.