The Snake Eater Tactical War Belt (SET War Belt) doesn’t look much like most “war belts” and as far as I can tell after spending several months with it… that’s a good thing. 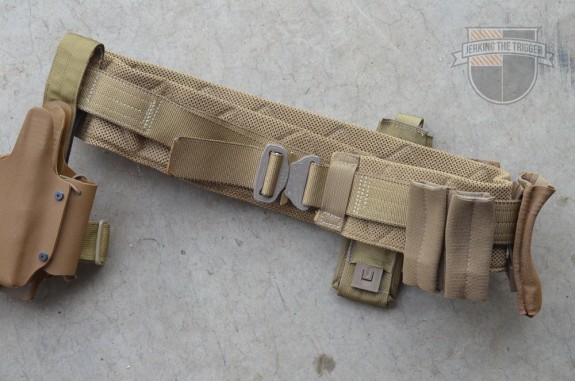 The SET War Belt consists of three separate components that can be mixed and matched. Some of them can even be used as stand-alone items. Those items are an inner belt, a belt pad, and the outer “duty” style belt.

The inner belt is made from 1.75″ wide hypalon with loop Velcro sewn over its entire outer surface. It features a unique fold over Velcro closure. It can accept the belt pad or the duty belt directly if you do not wish to use the belt pad.

The belt pad is made from 4mm closed cell foam encased in heavy duty mesh. This makes the pad extremely thin and relatively lightweight. It has Velcro sewn to both sides so that it can be sandwiched between the inner and outer belt. 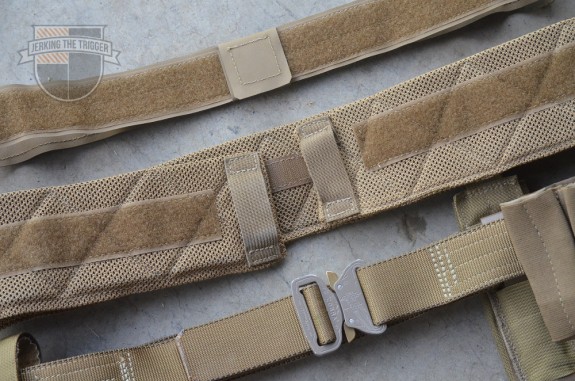 The 1.75″ outer belt is made similarly to Snake Eater Tactical’s EDC/gun belts. It has two layers of webbing sewn together and is closed with a Cobra buckle. It is not as stiff as scuba webbing belts but offers more than enough structure to use with holsters and subloads. The inside of the belt is lined with hook Velcro which is sewn at intervals to create a MOLLE like structure for attaching gear to the belt to ensure it stays where you want it. This belt also makes a very good stand alone gun belt as long as your holster loops can accommodate the slight extra thickness from the Velcro lining.

All three parts of the SET War Belt are solid. The inner belt and belt pad in particular are the best of anything similar that I have ever tried.

The inner belt benefits greatly from the properties of the hypalon material from which it is made. It is extremely thin, light weight, and its rubbery texture helps prevent the belt from moving. The fold over closure is very clever. It provides a secure closure so you can really synch the belt without fear of slipping and it is much thinner and more flexible than a buckle. This means it won’t create a hot spot after several hours of wearing it under a weight bearing belt. It is very, very clever and it is no wonder that Snake Eater Tactical now offers it for purchase separately.

The belt pad is equally as excellent. It is very thin compared to many belt pads but it offers more than enough padding to prevent the hotspots created when a stiff, weight bearing belt is pressed into your hips for a few hours. It breathes well. It is flexible enough to stay out of your way when you do things like drop into squatting shooting positions. I keep trying to convince them to offer the belt pad for purchase separately since it would work with many inner/outer belt combos. I think they would (or should) sell a million of them. 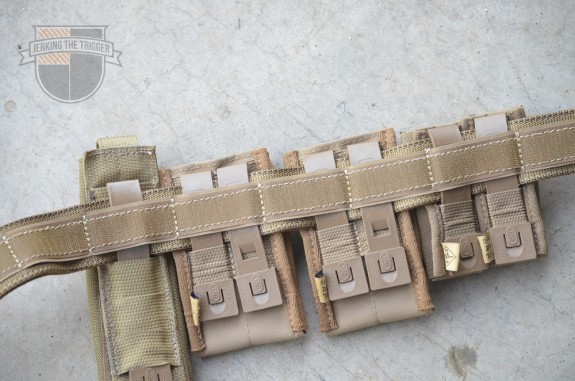 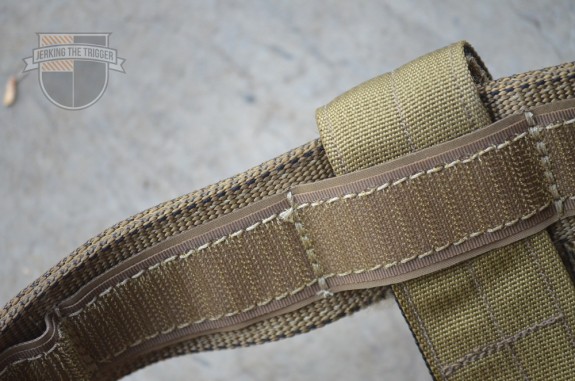 The out duty belt component will be very familiar to those who have tried Snake Eater Tactical’s excellent riggers belts. It is stiff enough to handle anything you want to mount on it without buckling and yet still more flexible than most duty belts.

The duty belt’s inside lining of hook Velcro locks it to the inner belt or belt pad. The lining is sewn at regular intervals which create channels that can be used to trap MOLLE accessories that are hung on the belt so that they do not move around on the belt. The channels are wide enough to accept the vertical strap of a subload or drop holster. Belt mounted accessories can be threaded on as normal. It is a very flexible system.

I should also note that this belt works extremely well with Snake Eater Tactical’s excellent Burro Magazine Pouches. They are ideal for belt use and make an already versatile belt, even more versatile since they will tenaciously hold just about anything. As an example, the Burros sized for AR-15 magazines will hold a Bic pen tight enough that you can turn it upside down and shake without losing the pen. In spite of the retention, you can still easily insert and remove magazines. It all works because of a symbiotic relationship between hypalon, curved Kydex tensioners, and heavy duty elastic.

The quality and durability of this belt are top notch. There is plenty of stitching to reinforce stress points. The materials are all top notch. The workmanship is typical of Snake Eater Tactical which is to say it is very good. It is just solid. 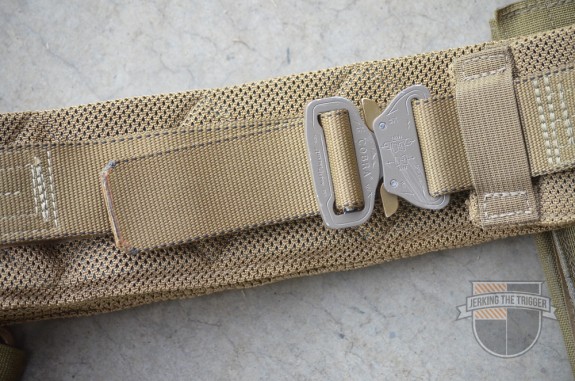 While the concept of inner/outer belts with pads is not new, the SET War Belt feels like a new idea. The inner belt is original and innovative in how it leverages smart design and new materials to make it better. The pad uses thinner padding and mesh to make something more comfortable than you would bet it could be. The duty belt offers the typical quality you have come to expect from Snake Eater Tactical belts. Together, they all work to create a flexible and very functional piece of gear.

The SET War Belt has replaced my bulkier, padded belt set up. It is more trim, more comfortable, and it stays in place better. This is a great piece of gear that I highly recommend.

Disclosure: The SET War Belt was provided to me by Snake Eater Tactical for review, free of charge.