I have been shooting AR-15s for years now and apart from the mild cool factor, I have never really considered owning an AR-15 chambered in 5.56x45mm with a 7.5″ barrel. In fact, you could say that I thought they were a bit silly. Times changes and so do opinions. 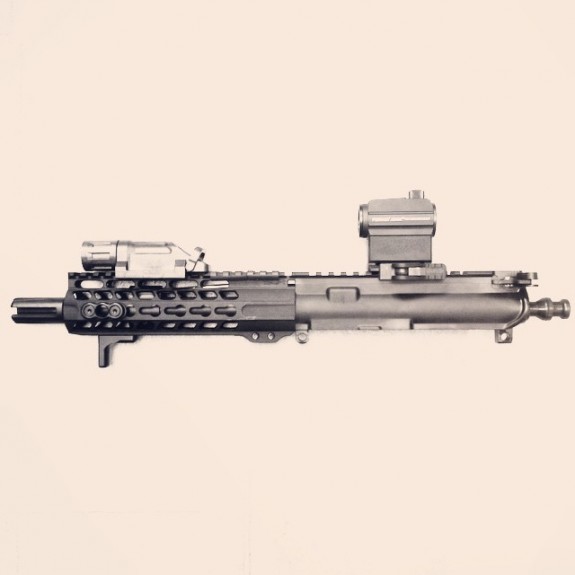 It is true that just about any other common AR-15 chambering is a better performer than 5.56/.223 in such short barrels. That includes 6.8SPC, 300BLK, and even the 9mm Luger (in some ways like noise and flash but not necessarily in terminal ballistics). If you want to build a super-short AR-15 and your budget allows, go ahead and take on a new caliber. If your budget doesn’t allow or you just don’t want to take on a new caliber, there are a five reasons that super short 5.56 chambered guns may finally be viable.

Here is how I talked myself into building one…

To recap, 5.56×45 is still less than ideal from a short barrel but thanks to several advancements, it may be more viable than ever.