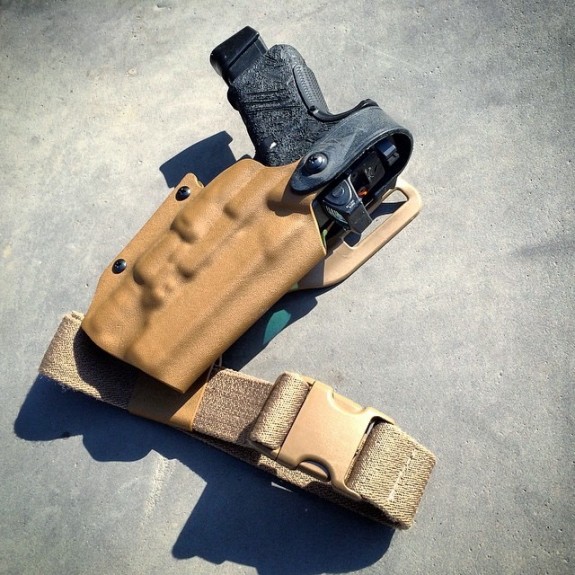 The design harkens back to the early drop leg holsters. They were only low enough to clear body armor – not so low that they lengthened the draw stroke significantly or caused the holster swing excessively during movement. They were trimmer and lighter, lacking the large leg shrouds often found on today’s holsters. These were holsters like the venerable Safariland 3000 series with compact designs that rode close to the body and had single leg straps for simplicity. 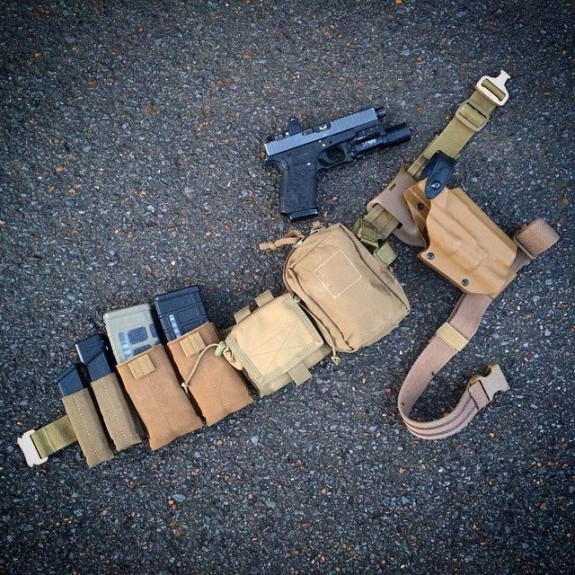 The upcoming, as of yet unnamed, holster from T.REX ARMS captures many of these same qualities. It rides high thanks to the use of the excellent and proven Safariland UBL belt attachment. The use of the UBL may also open up a host of other Safariland compatible mounting options. The single leg strap is attached via swivel mechanism that T.REX ARMS is keeping under wraps for now. It allows the holster to move with the user as evidenced by the picture below. The holster body itself is relatively streamlined, lacking a shroud or anything else that would add bulk. 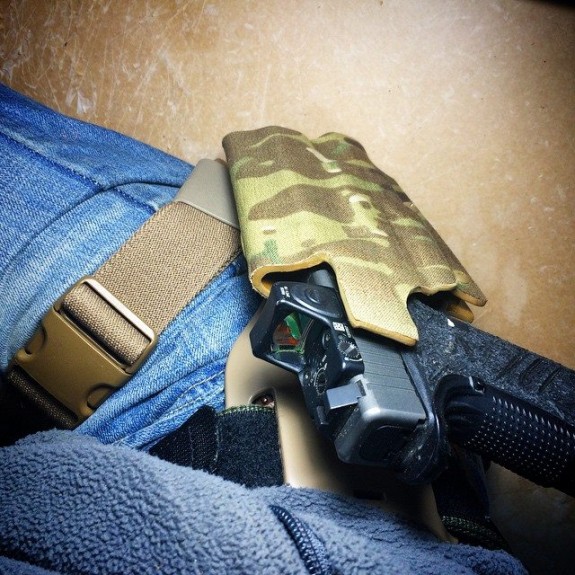 I haven’t put hands on these holsters yet but I have been following its development from a distance. Sometimes the next big thing comes from looking back.