The S.E.T. War Belt from Snake Eater Tactical is actually three belts that comprise one system which can be warn multiple ways. 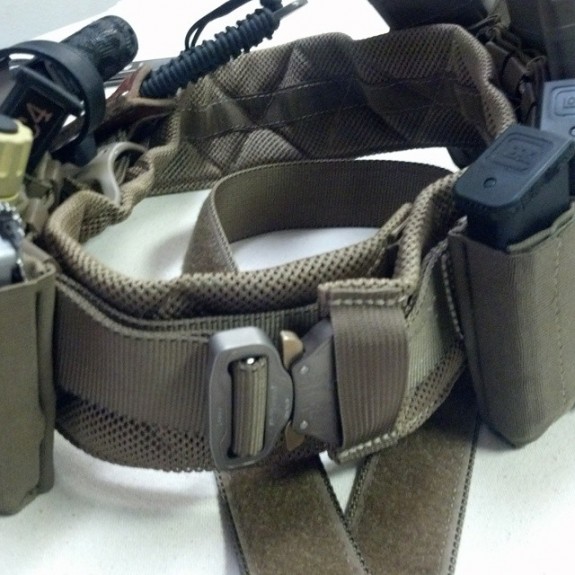 The first belt is a thin Hypalon pants belt with Velcro sewn to the exterior. This serves as the anchor point for the other belts.

The second belt is a 1.75″ duty belt made from parachute webbing and closed with a Cobra buckle. This belt is the outer most component of the system and features a Velcro lining to mate with the other components. This belt also has channels built into the underside to capture MOLLE straps and prevent your gear from sliding around on the belt.

The final component is the belt pad which is made from closed cell foam and heavy mesh. It has Velcro on both sides so that it can mate with both the pants belt and the duty belt.

The strength of this design is it’s modularity. All three components can be worn together, the pants belt and duty belt can be worn without the pad, or either belt can be worn separately. The S.E.T. basically scales up from simply holding up your pants, to CCW, and then all the way up to supporting a basic fighting load. 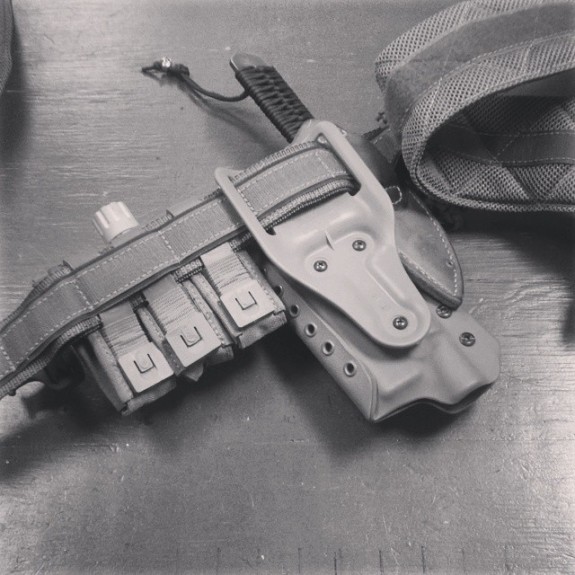