Echo Nine Three is developing a new version of their popular V3 QD Sling Plate. The V3/SB/QD is designed for use with the SB47 Brace for AK Pistols. It attaches using the existing threaded holes on the bottom of the adapter and places QD socket at the rear of the receiver. This location works for both single and two point slings. The V3/SB/QD will be ambidextrous. Look for it to be available after the prototypes are tested (prototype shown below). 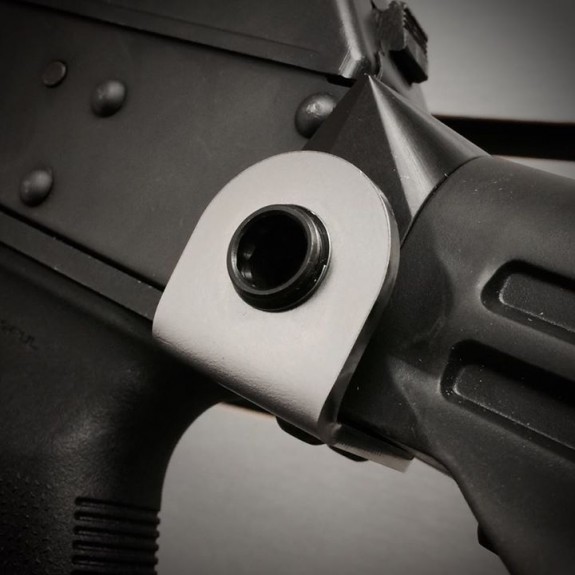