Ruger just released their LCR chambered in 9mm! This isn’t Ruger’s first foray into 9mm chambered revolvers. Both the SP101 and Speed Six were offered in 9mm for a short time and those models have become highly sought after.

9mm actually makes good sense in a revolver since it generally outperforms .38 Special, costs less, and offers a much wider array of factory loaded ammunition choices. It has always boggled my mind that there aren’t more compact frame revolvers chambered in 9mm! 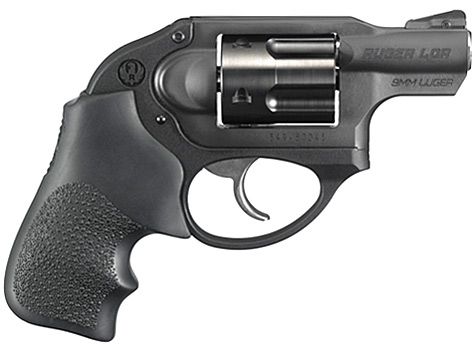 You could certainly argue that there isn’t much room left for small revolvers in a market that is stacked with compact, magazine fed, 9mm semi-autos but there are still some situations that I prefer a small frame revolver. The use of moon clips helps to mitigate the magazine advantage though capacity is still an issue. Many small autos lack the reliability of their larger counterparts while compact revolver, though not infallible, are generally very reliable. There is also a lot to be said for the lack of exposed hammer or reciprocating slide for a deep concealment gun.

Additionally, the dimension numbers can be deceiving when it comes to revolvers. They look thick but much of their thickness is confined to the cylinder. On paper, a Glock 26 looks nearly identical in size to a small frame revolver but I have tried to pocket-carry a G26 and it doesn’t work for me. However, I pocket-carry a small frame revolver frequently. People also forget the role of weight in concealment and comfort. A lightweight revolver like the LCR works better in dress clothes and for pocket-carry due to its lighter weight.

I didn’t intend for this post to become a justification for small frame revolvers but there you have it. I believe there is still a role for such a firearm and if I was starting from scratch, I would almost certainly choose a 9mm LCR over the .38 Special +P model. I would also give it a hard look versus many of the similarly sized semi-autos on the market.