Ruger sells a ton of their AR-556 rifles and with dealer prices often under $600, it’s easy to understand why. Ruger, being Ruger, did the typical Ruger thing and included some proprietary parts on the AR-556 that make it just a bit more difficult to customize (versus an AR-15 with standard parts). One of those parts is the FSB which is very nice but also very non-standard. This is where Custom Defensive Products and the BLAM-R can help.

The BLAM-R is an accessory mount made specifically for the Ruger AR-556 FSB. It is designed to mate with the specific contours of the bayonet lug and provides a sling mounting slot and QD sling socket on both sides along with a 4 slot Picatinny rail on the bottom.

This might be the easiest, all-in-one, way to add a forward sling mount and light mounting solution to the AR-556.

Lee Armory is now offering custom chamberings for the Ruger American rifle including 5.45x39mm. The rifle features a custom 4150 steel barrel that has been nitride processed and fitted with a JMAC Customs RRD-4c muzzle break. It uses the factory American Rifle .223 magazines for feeding.

Check out the Custom Ruger American Rifle in 5.45 at Lee Armory. 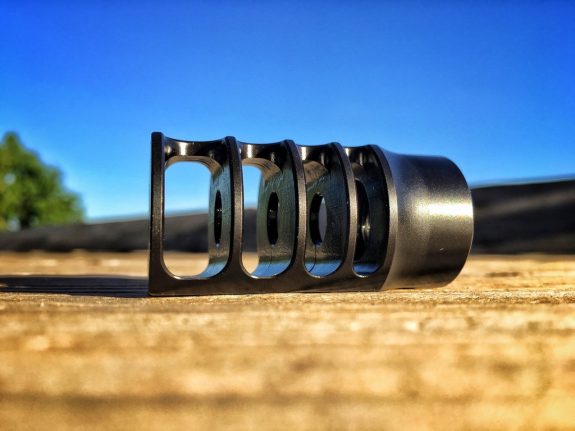 Copper Custom’s new Ruger 22 Charger AR Pistol Brace Adapter is a bolt-on part for Ruger 22 Charger pistols. It allows you to attach a buffer tube to your factory synthetic stock for use with a stock (registered SBR) or pistol brace of your choice.

Note: This is designed to work with Ruger 22 Charger OEM synthetic stocks only. It will not work with OEM wood or aftermarket stocks. 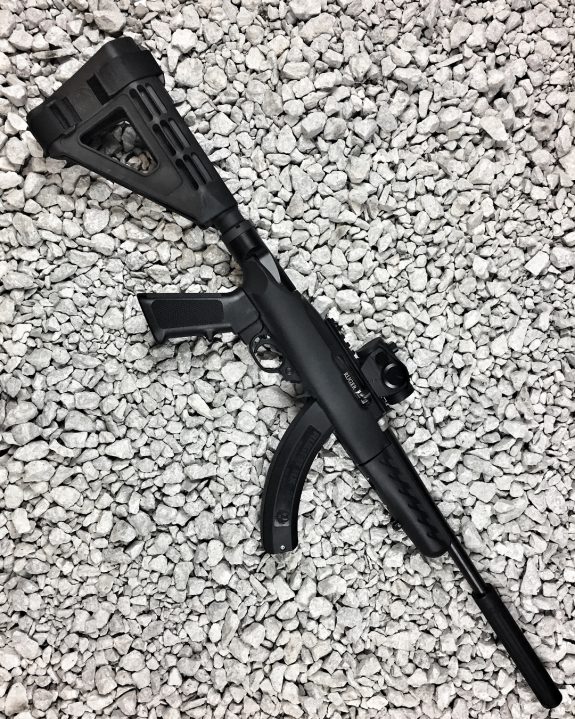 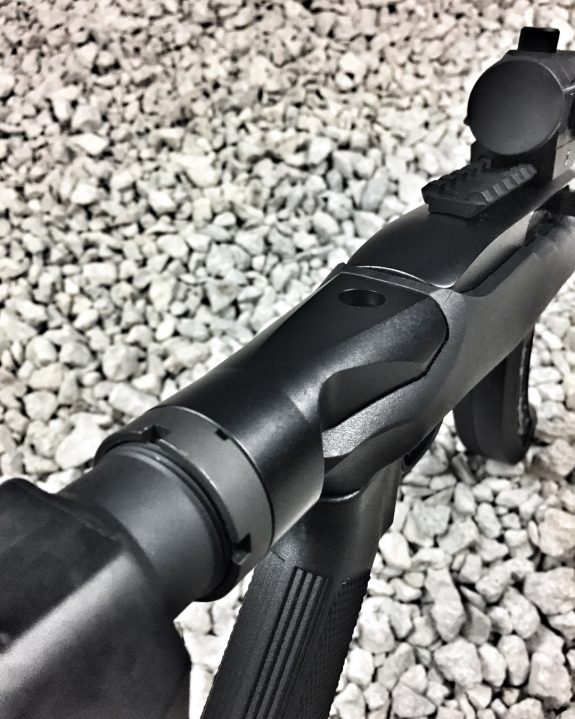 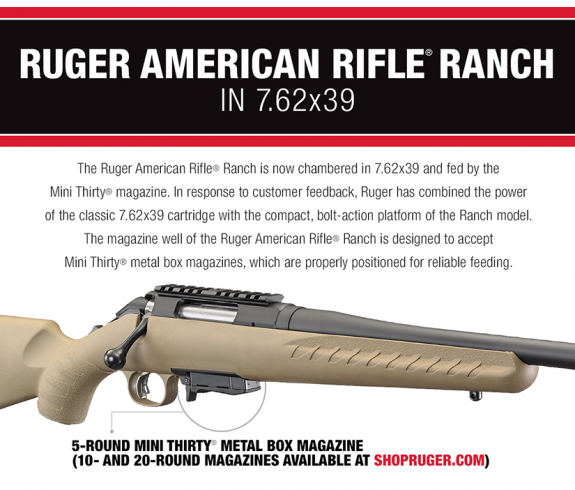 The idea of a light and handy, magazine fed, bolt-action carbine chambered in a versatile and affordable cartridge like 7.62×39 is appealing to many shooters. Rifles like this were previously somewhat rare in the market with factory threaded options being virtually nonexistent. With Ruger’s manufacturing capacity, hog hunters, deer hunters, and practical rifle enthusiasts should have no problem putting their hands on a 7.62×39 chambered bolt gun.

The use of the Mini-30 magazine is likely to generate mixed opinions but it is an established and readily available magazine. Using it instead of something like an AK-47 magazine allows Ruger to avoid the varying tolerances often found in AK magazines. It should also help keep the weight down to ensure that the Ruger American Ranch remains the light, handy rifle that Ruger intends it to be.

Check out the new Ruger American Rifle Ranch in 7.62×39 at Ruger.com.