I have been following AK Operators Union, Local 47-74 for some time now, especially their AK centric YouTube Channel. I have also always kept track of what Sven at Manticore Arms is working on since the introduction of his high quality, affordable muzzle devices. So, when I recently saw that the two parties would be collaborating on an AK rail, they certainly had my attention. 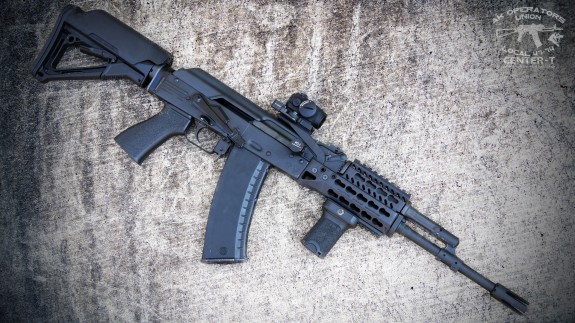 The bottom handguard section features the KeyMod attachment system. It should be compatible with a wide variety of AK pattern rifles including those with milled receivers (a small amount of fitting may be required for milled receivers). Best of all, the lower handguard is compatible with any standard upper handguard including the Ultimak. An extended version will be available eventually.

The upper handguard will be available in multiple versions. There will be a railed option and one that can mount an Aimpoint Micro directly for optimal co-witness.

The cantilevered optic mount will also accept Aimpoint Mircos. It attaches to the handguard and places the optic behind the rear sight, just above the dust cover.

Manticore Arms has a very good handle on quality and is also known for being quite affordable. This rail has a ton of potential. 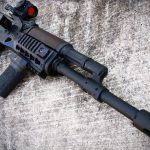 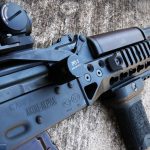 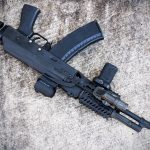