Battle Arms Development is dropping 2 new levers today for their excellent BAD-ASS line of selectors. This will bring the total to 8 available lever options (9 if you count the end cap)! 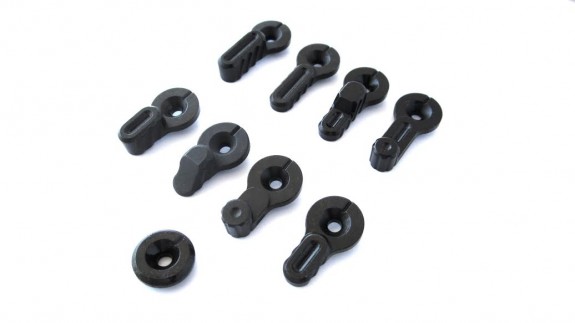 The first lever is one that has been around for a while but hasn’t been as visible as the other levers. The Short Crank (shown above, bottom row, third from left) is a short version of their Crank lever. It resembles a manual car window crank. It works very well due to how the “knob” portion of the lever allows it to pivot under your thumb or index finger. If you like the old “starburst” selectors, and many people still do, then this is the lever for you.

The second new lever is called the Scalloped Lever (shown above, bottom row, second from left). Sharp minded readers may remember back to when it was called the Short Hybrid Lever during its development with Military Moron. Well, it is finally available and I have one in hand. It is probably my favorite lever for the trigger finger side of the BAD-ASS. It is short enough to stay out of the way, thin where it needs to be to minimize trigger finger interference, and wide enough to be easily manipulated. It is the ultimate compromise lever and I love it.

You can check out all the new levers at Battle Arms Development. 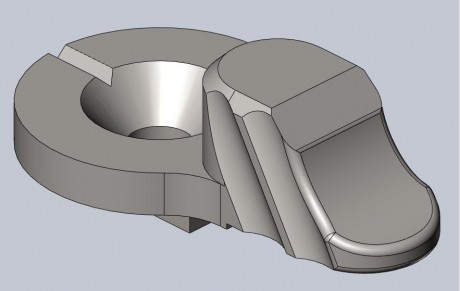 This is an early, pre-production rendering of the Scalloped Lever. The production version may exhibit some changes.