It can be a bit of a challenge to mount a sling on an AK-47 (or AK-74) for the left-handed shooter. The rear sling point can usually be worked with but the front sling attachment point isn’t very forgiving for lefties. I have helped a few left handed shooters set up AKs and I always recommend using a Blue Force Gear UWL to turn the standard handguard cap hook mount into a lefty-friendly sling attachment point. 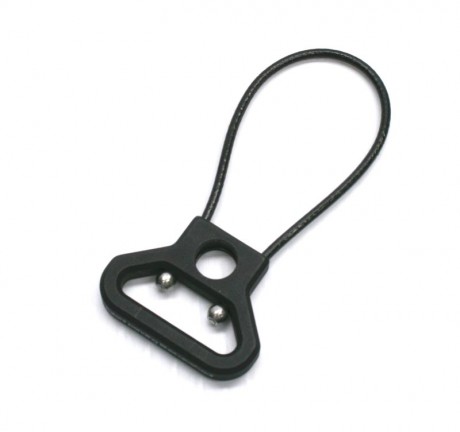 I first noticed Larry Vickers using the UWL in this way shortly after they came out. It is the best solution that I have seen for left handed AK shooters. Now, Blue Force Gear has been kind enough to make a video showing how it works.