The ROSCH Works SL1 Sight Light was one of the most exciting new products to come out of 2013. If you are unfamiliar, check out the review to see why this light is one of the very best weapon mounted lights to come along in years. You will see in that review, that one of my critiques of the light was the lack of a clicky style tail cap switch. Now, with the introduction of the SLA1 Tailcap Adapter, ROSCH Works addressed that issue and made allowances for their light to work with remote tape switches for those who are inclined to use them.

The SLA1 is a step down adapter that allows SL1 owners to use Surefire E-Series tailcaps on their SL1. Like the SL1, it is machined from aluminum, hard anodized, and Cerakoted. It threads onto the rear of the SL1 in place of the original switch and has an internal brass spacer that completes the circuit, allowing the Surefire tailcaps to work on the SL1.

I understand the issues with “constant on” light use as it pertains to defensive shooting. Many people far more knowledgeable than me are proponents of weapon lights with only momentary activation. I respect that opinion but I just can’t see a way around having some type of easy to access constant on functionality in certain situations. 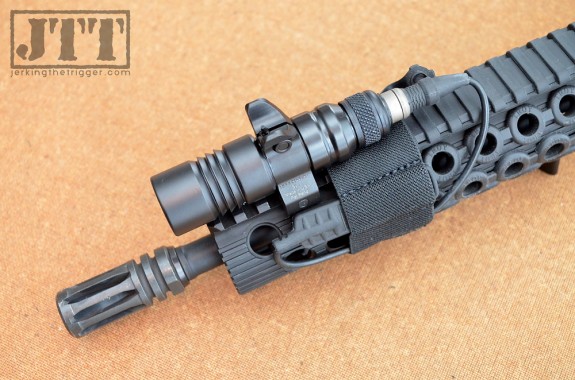 For instance, some of my best friends are police officers in a large metropolitan area. These men are very well trained (well beyond what the department offers) and they are well aware of the potential issues with constant on lights yet, they simply cannot use lights without an easily accessed constant on feature (like a clicky switch) due to the nature of their job. The flash and move techniques that are so prevalent work extremely well in a relatively clean, organized, and familiar environment but they become far more difficult when moving through the typical ghetto home or abandoned house where there is junk piled waist high and the threat of falling through a floor is very real. They are forced to commit the tactical faux pas of leaving their lights on during a search because the very homes they are in represent as real a threat to their health as the people that they seeking.

That is just one example of where some form of constant on functionality can be beneficial. In its stock form, the SL1 has a constant on setting but it is accessed by rotating the tail cap which is not the easiest thing to do with just the thumb of your support hand. This is why the SLA1 Tailcap Adapter is a vital addition to the SL1 for some users. It allows the use of any Surefire E-Series tailcaps including clicky switches and tape switches. 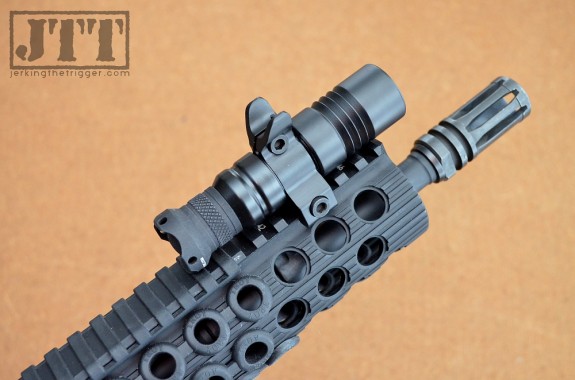 I am still holding out hope that ROSCH Works will bring their own dedicated clicky switch to market but the SLA1 does a good job of standing in the gap until they do. If you need to use a tape switch for your application, you will find the SLA1 to be particularly handy. The SLA1 is a useful addition to an excellent light.

Check out the SLA1 at ROSCH Works.