I have good news. In spite of the lack of recent visibility, Vltor’s Bren Ten revival project, the Fortis, is not dead! They recently posted this update to their official Fortis blog:

To Our Valued Customers:

We, at VLTOR, know that the subject of the Bren Ten handgun is of great interest to many of our customers. We understand this has been a long process for you. It has been a long process for us as well. We also know that you have been given some information along the way, but that information was limited and not regularly updated. Ultimately through this whole project, our biggest regret is that we have let you down.

A little history behind the story

In 2010, VLTOR began a project that consisted of reengineering the original Bren Ten, 10mm handgun. Without the rights to the name, we began developing the product under the name, VLTOR Fortis. We 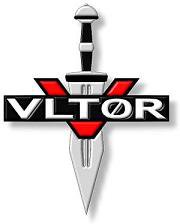 purchased the rights to the Bren Ten name, giving us the ability to replicate the original Bren Ten. The initial prototypes of the Bren Ten pistol were shown at SHOT show in 2010.

In the process of working on the design of the weapon and showing some initial prototypes, we were communicating with a company called Spirit Guns as a primary distributor. Spirit Guns organized a purchase of Bren Ten handguns, and without our consent or instruction, began taking pre-orders for the weapon. Spirit Guns went out of business shortly after this, which created speculation and discontent for us. There was much debate occurring as to whether or not Spirit Guns was lead to believe that development was closer to production than it was or whether we had approved the company to begin taking pre-orders. We would like to assure you that neither of those were the case. We released the Bren Ten prototype prior to full production in order to engage our customers and gauge demand on such a weapon. We did not give consent for any dealer or distributor to begin preorder sales of the weapon prior to full testing and production.

Why hasn’t it gone into production yet?

We’d like to attempt to answer the biggest question all of you have: why hasn’t it gone into production yet? Although we’ve sold several prototype units to a select few development partners, we have not yet achieved a design that is representative of the standard you have come to expect from VLTOR. As a result, we have gone back to the drawing board multiple times, trying to create the best possible product for you. As to be expected in the design process, some of those modifications have led us down more than a couple of dead ends. In addition to design difficulties, turnover in our engineering department, coupled with tough decisions for maintaining cash flows in a bad recession have been difficult and have also affected the Bren Ten project.

In short, we haven’t lived up to your expectations. For that, we apologize. We want the Bren Ten to be the best we can build in order to maintain its legacy and represent the level of quality you deserve.

The future of VLTOR and the Bren Ten

Our goal is to fill your demands and to do everything possible to satisfy our customer base. With that said, we are going to continue to pursue the manufacture of the Bren Ten handgun. We know you have heard time and time again that “we are working on it” and we understand if there might be continued skepticism. However, we hope that you will take into consideration that we are working to be a new company; more driven to bring the innovative products to the market in a timely manner with the quality you expect from us.

We have made changes to the company structure and to our manufacturing processes that are allowing us to be more
efficient in pursuing these projects. We can tell you that the Technical Data Pack (TDP) is complete for the Bren Ten, and as a result of the recent changes to the business structure, a full design and engineering review have been completed. The next step is to conduct a manufacturing review focusing on the new frame casting and current s tate of all the casting tools. Once we can be certain the tools are capable of producing a quality, consistent product with the new materials, we will proceed to an initial run of new prototypes. This will be a perilous undertaking as changes to casting tools generally have extended timelines. However, if we achieve positive results, we will begin production in late 2014.

Many of you have been very patient with the process and we greatly appreciate that patience and support. Our goal is to keep you up to date as the process unfolds, so please continue to visit our website and social media pages for updates as they become available.