My friends at Sneaky Bags tell me it is going to be a big year for them and after hearing what they have in store, I am inclined to believe them. They just rolled out two new bags, the Trick or Treat (ToT) and the Shoulder Utility Bag (SUB), and they are offering an exclusive 25% off coupon code to Trigger Jerks. Enter the code “BK-FRI-25” at checkout to receive 25% off the new products from Sneaky Bags or SERT products.

NOTE: The discount code is now working again. Have at it!

The ToT looks like a standard messenger bag or satchel style briefcase but it boasts the ability to carry a broken down SBR/AR Pistol (Medium) or a broken down 14.5″ carbine (Large) along with other features that actually let you fight out of the bag once the carbine is deployed. 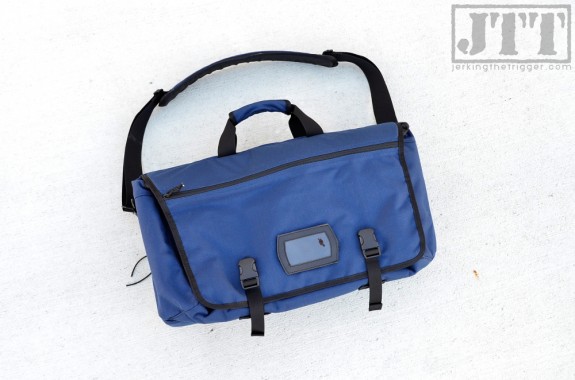 I can’t stress enough how much this looks like a typical bag that I would see daily working in an office environment. This is the large. The medium would be even more convincing. 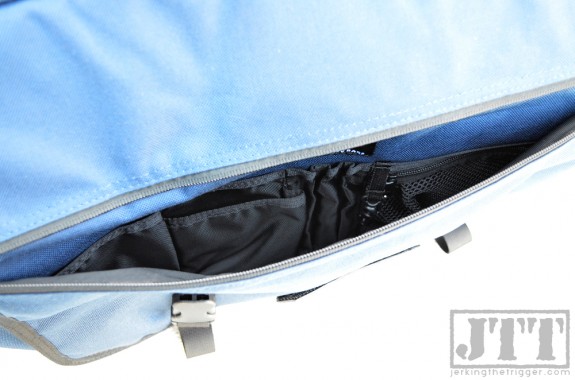 This organizer is located in a front slip pocket on the flap. 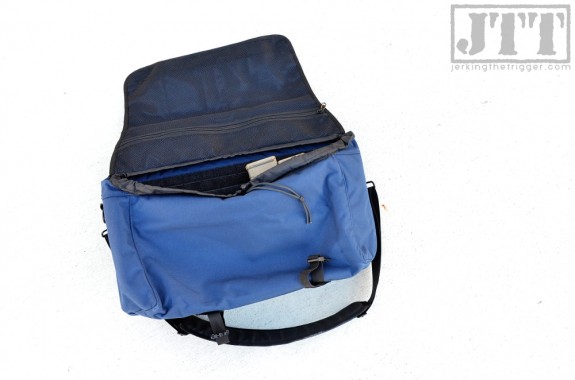 Opening the flap reveals a huge compartment with a massive 18″ x 8.5″ MOLLE/Velcro field. There is a mesh pocket in the flap and two mesh pockets in the front of the compartment. You can organize a ton of mags, first aid gear, etc. in this pouch and fight directly out of it if you have to. 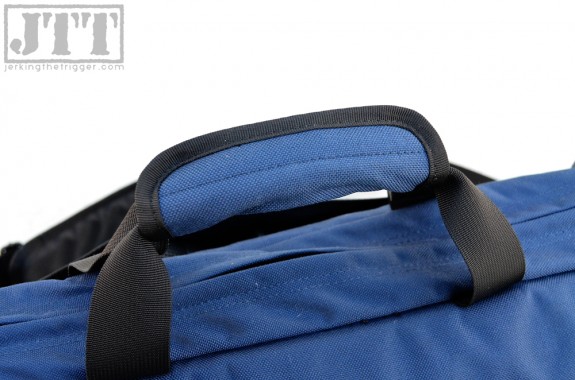 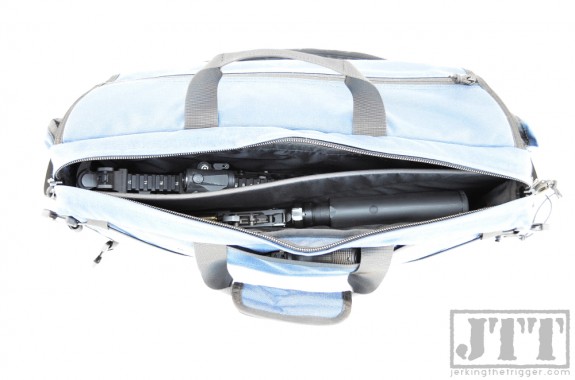 The bag fits this broken down BCM 14.5″ midlength AR with a pinned muzzle device. It will fit some SBRs, PDWs, and smaller AR Pistols without having to break them down. A padded divider is included. 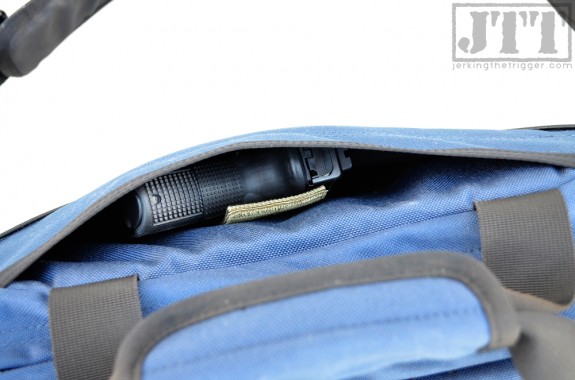 The back of the bag has a deep concealed carry pocket. The hangun can be placed much deeper than shown. The opening stays shut very well without the need for a zipper or Velcro to slow your draw stroke. 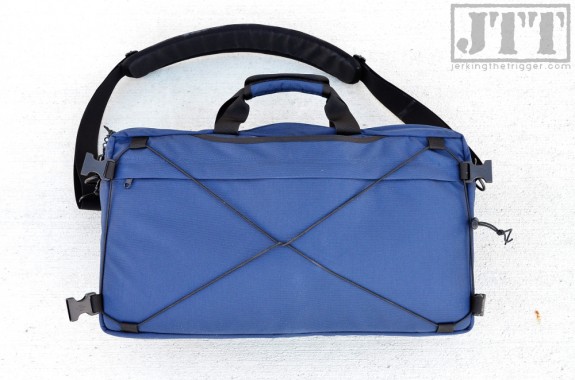 The rear of the bag has 2 removable waist strap mounting heights and a removable bungee matrix for storing bulky items like a jacket. 2 straps are included so that you can convert the ToT into a backpack.

The SUB is the most multifunctional bag that this new iteration of Sneaky Bags has released yet. Those of you who remember the old school Sneaky Bags will immediately be familiar with this bag. It is essentially a chest rig in the form of of a messenger bag. The SUB can carry your primary and secondary magazines, first aid kit, flashlight, etc. in a way that they are immediately accessible. It even has a built in dump pouch. Even if you don’t load it down with your carbine support gear, it’s internal MOLLE and Velcro organization make this a versatile bag to be used for everything from a BOB, to an EDC bag, to a dedicated trauma bag. 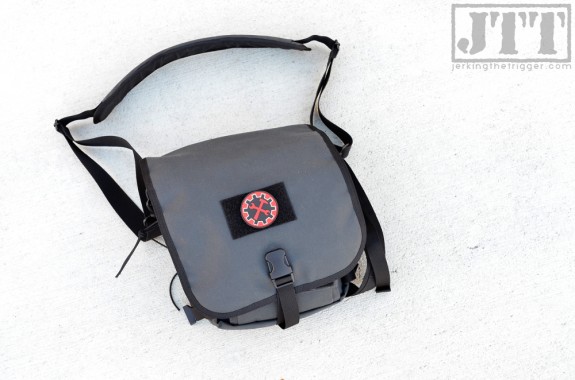 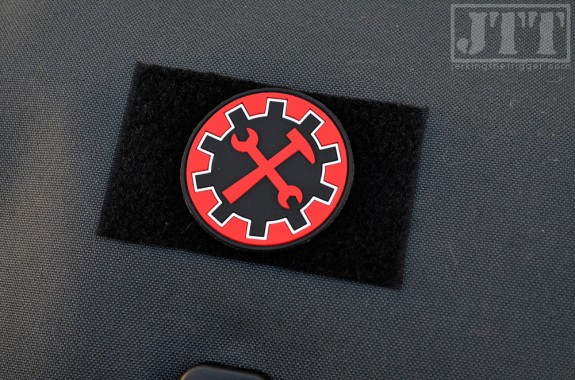 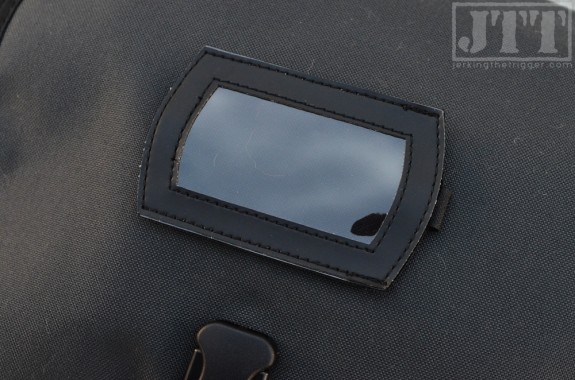 The Sneaky Bags logo can be removed and replaced with this ID carrier. It covers the only tactical looking feature of the bag and looks much more low profile. 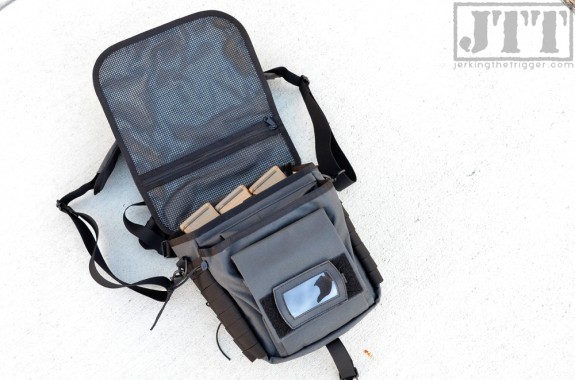 The SUB opens wide when the flap is pulled back. The flap is sewn on in such a way that it lays open easily. It can be tucked behind the bag if you need to work inside the bag. 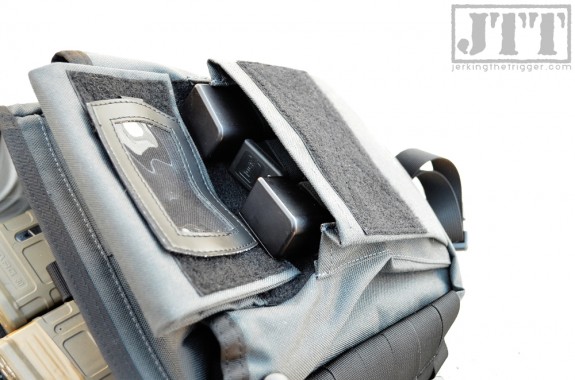 The front pistol mag/admin pouch has a flap that can closed on itself to stay out of the way and elastic loops to keep you organized. 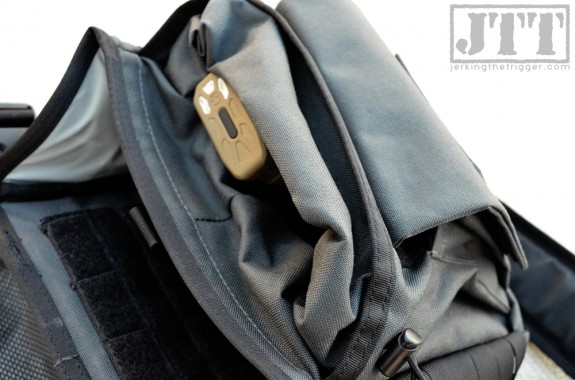 The dump pouch feature is back! Early Sneaky Bag users will remember this. When it isn’t catching your spent mags, it works well for storage. 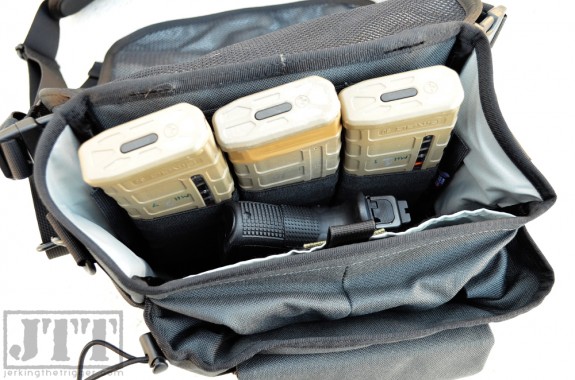 The interior is a thing of beauty. There is Velcro covered MOLLE webbing on the back wall and a large Velcro field on the front. There is also a generous slip pocket. 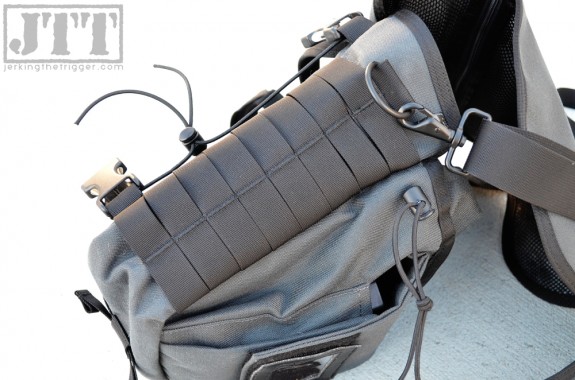 The MOLLE webbing on the sides is sewn in a way that makes it look less like MOLLE webbing. This is a great location for a water bottle holder. I would probably prefer to have the holder built in for a lower profile appearance. 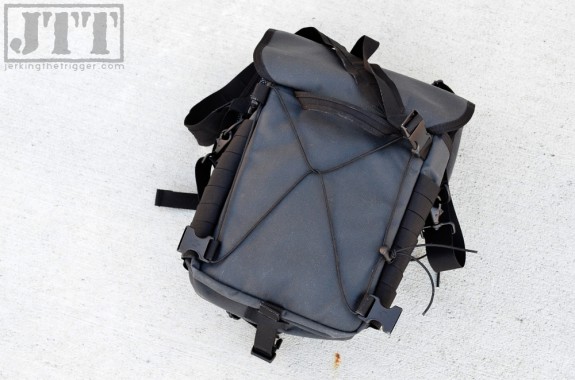 The rear of the bag has 2 removable waist strap mounting heights and a removable bungee matrix for storing bulky items like a jacket.

The quality on both these bags is excellent. They are both fully lined with pack cloth, have fully bound seams, top notch materials, and plenty of attention to detail. Sneaky Bags uses some very rigid close cell foam through out to give the bags structure and conceal/protect the contents. The same foam also makes their shoulder straps very comfortable because they not only have padding but also some structure.

The only issue that I had with the bags has already been addressed. The waist straps do not offer a lot of adjustment range on their own so it was difficult to get them as tight as I would like. Sneaky Bags will now be including an extra buckle with the bags that can be used to tighten the straps an extra 18″.

Check out SneakyBags.com. Don’t forget to use the exclusive discount code “BK-FRI-25”.

NOTE: The discount code is now working again. Have at it!