Do you have a pen and paper? Good. Make a note to keep an eye on V7 Weapon Systems. You may not know them know but you probably know the founder, at least tangentially. Joel Allen, formerly of Noveske Rifleworks, is the man behind V7 Weapons Systems and that alone should inspire some confidence. V7 Weapon Systems is doing some things with AR-15 parts that I have never seen done before and that is pretty exciting.

If you aren’t paying attention, it is pretty easy to scoff at their $140 receiver extension (buffer tube) but, hopefully as an intelligent JTT reader, you read beyond the price to notice that it is machined from 4140 steel and black nitride finsihed! The finish makes the 4140 steel nearly impervious to rust and reduces friction. 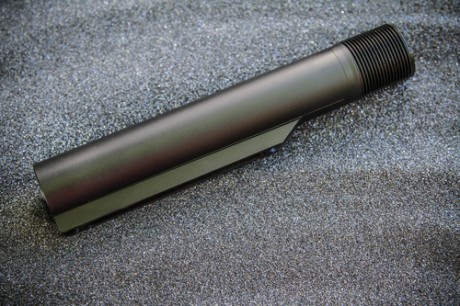 Their CTBOLT appears to be just like any other AR-15 bolt at first glance but a quick perusal of the spec sheet uncovers something very interesting. It is made from Carpenter 158 steel like a proper bolt should be, but, unlike most bolts, it is cryogenically treated which can greatly increase its strength and hardness. V7 Weapon Systems claims you can expect up to 200% longer service life thanks to the treatment. They are so confident in the CTBOLT that they offer a lifetime warranty regardless of round count.

I am really looking forward to seeing what V7 Weapon Systems can cook up next! 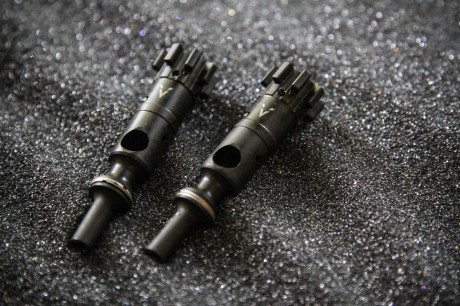 One Response to V7 Weapon Systems