If you aren’t carrying a tourniquet because they are too bulky or you think you can’t afford one… Read on.

The TK4 Tourniquet is simple, compact, and inexpensive. It consists of a long piece of elastic webbing with two metal hooks on each end. It doesn’t get much more simple than that. In terms of size, the TK4 is similar to the cell phone that you’re currently carrying. They can be purchased for less around $6 a piece and sometimes as little as $2. 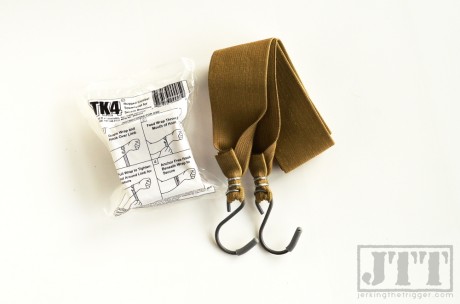 The SWAT-T Is another inexpensive option that is just as compact and even more simple. It consists of a long wide rubber band that can be rolled for storage. This tourniquet is easy to apply and versatile enough to be used as an athletic wrap or pressure bandage in a pinch. These are available for less than $10 and can be rolled to about the size of a Surefire 6P. 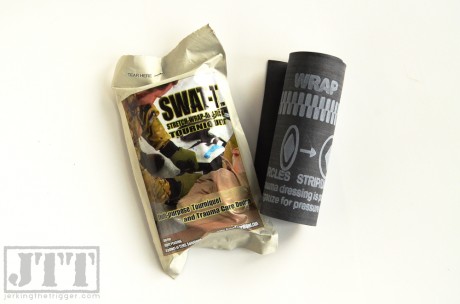 Now you don’t have an excuse. Both of these options are inexpensive enough and compact enough that you can afford to buy several and stow them throughout your gear.

87GN over at Vuurwapen Blog posted recently about the fake CAT Tourniquets that are finding their way to the market. These are very convincing fakes of a very popular tourniquet. If you have purchased a CAT tourniquet recently, I suggest that you check it against the PDF that is linked at Vuurwapen Blog.

It is vitally important that you avoid these knock offs at all costs (and all knock off products for that matter). It is not simply a matter of saving a few bucks. These literally do not work. The windlass is too flexible and will not provide sufficient leverage to tighten the tourniquet. They can not be used to stop extremity hemorrhaging. These have the potential to get someone killed.

Check your CAT tourniquets and tell your friends to check theirs.