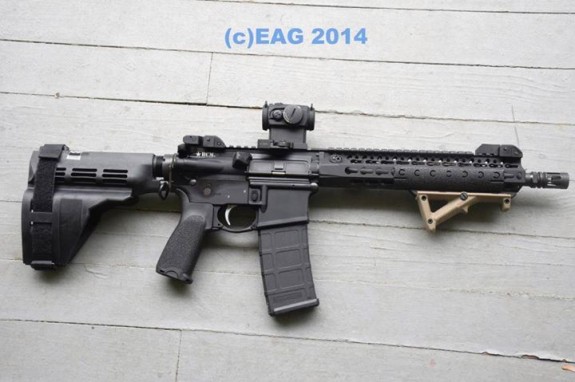 AR pistols are enjoying an unprecedented level of acceptance thanks in large part to a variety of quality components being available and a better, more realistic understanding of the role that they can potentially fill. The BATFE’s recent letter regarding shouldering the SB15 Stabilizer Brace doesn’t hurt either.

The post (above) is written by Pat Rogers of EAG Tactical and it succinctly outlines his journey from AR pistol skeptic to believer and mentions that he will be testing an AR pistol from “Paul”. The Paul mentioned in the is Paul Buffoni, head honcho at BCM and all-around AR-15 guru.

Pat Rogers doesn’t buy into range toys and Paul Buffoni certainly doesn’t build them. Just because a BCM AR pistol is being tested doesn’t mean it will make it to market (remember the BCM dissapators?) but these are clear indicators that the AR pistol is gaining traction in serious circles. Who wouldn’t want a BCM built AR pistol!?!?

Pat Rogers, head honcho at EAG Tactical and gunfighter maker, is working with Surefire to bring you what they are calling the FURYious Scout. As you might expect from the name, this light features the head from the excellent EAG Tactical version of the Surefire Fury on an M600 Scout Light body. That means you get an awesome, wide wall of light that the Fury is known for on the compact, easy to mount M600 Scout Light body. This should be a heck of a weapon light. Check out Surefire and EAG Tactical. 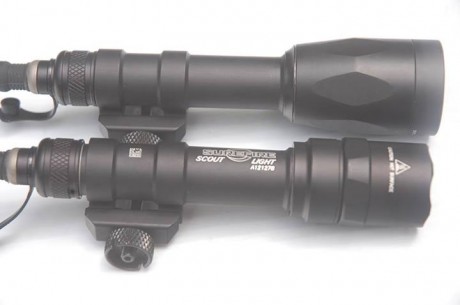