The sling is constructed from your choice of brown or black 1.25″ wide English Bridle Leather. It has a brass slider to adjust the length and comes with your choice of push button QD swivels or HK style hooks, both of which work with the included IWC 2 to 1 Point Sling Adapter. 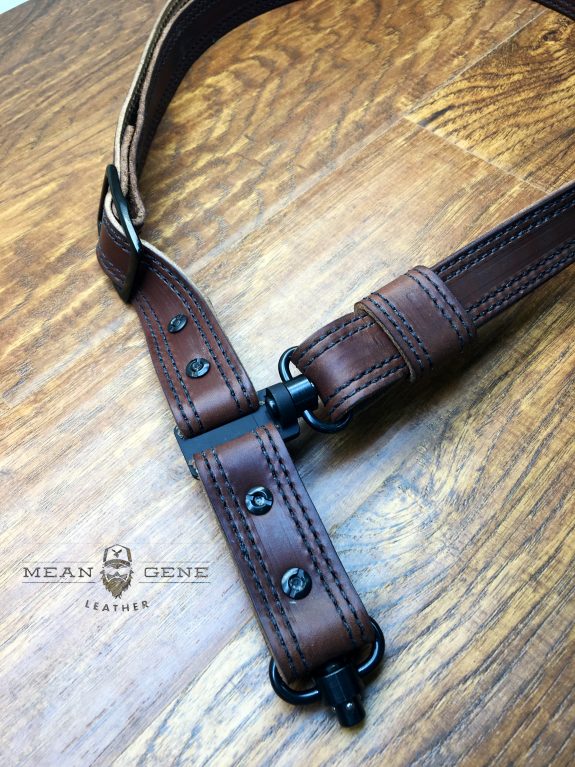 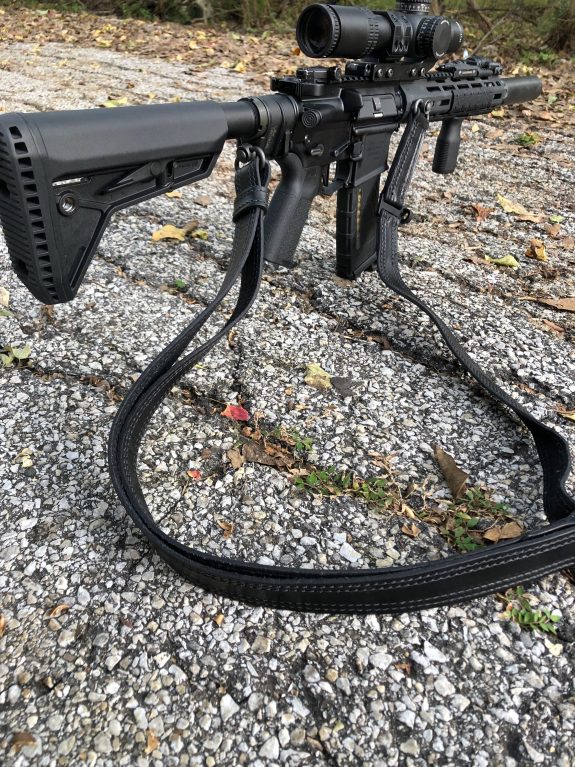 Mean Gene Leather (MGL) just announced their new MGL Victory Aegis Belt. That is “Victory” as in Matt Jacques of Victory First who helped make the project happen and “Aegis” as in the Aegis Belt from Ares Gear. This belt combines MGL’s well crafted leather over webbing belt with the Aegis buckle.

I have been using an Aegis Belt from Ares Gear for a while now and it is the best gun belt I have ever owned precisely because of the buckle. The Aegis buckle makes the belt completely Velcro-free, easy adjust, it looks darn good, and it is easy to thread because one end of the belt is buckle-free. It should work just as well with a high quality leather belt but with a load more refinement.

Pricing and availability haven’t been announced yet so just feast your eyes on the pictures for now. 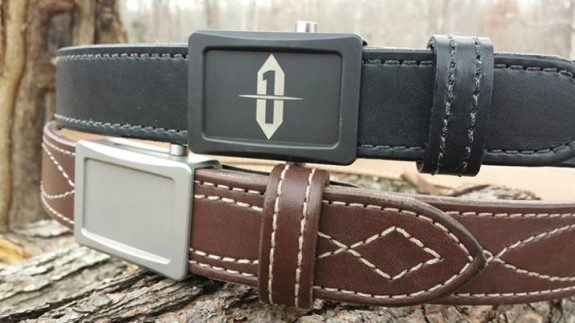