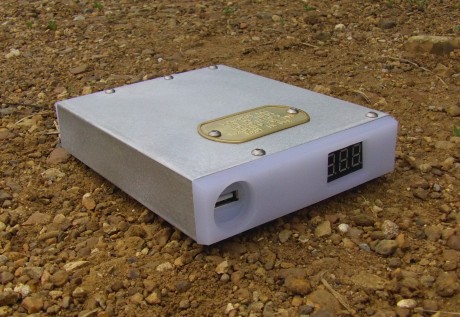 We have told you about Hardened Power Systems before. Their ruggedized battery backup systems are perfect for use with solar panels but until now, they didn’t actually offer any panels to go with them. They recently introduced a solar panel package for their WeVolt that looks like it would be a great solution for the hiker, camper, or prepper.

Check out the video below and then head over to Hardened Power Systems for more details.

I started JTT in part to shine a light on small businesses that are making really, really cool stuff – stuff like the ReVolt. Hardened Power Systems makes ridiculously rugged, portable battery back up systems in various sizes for a variety of applications. They are all pretty slick but I find myself drawn to the ReVolt. It represents a good compromise between size/weight and capacity.

The ReVolt is a NiMH battery bank that is contained in a case made from 1/8″ thick extruded aluminum with 1/2″ thick high density polyethylene end caps. The internal components are potted in epoxy which turns the entire ReVolt into a single solid mass and makes it completely waterproof. If water enters any of the outlets in the ReVolt, it cannot progress into the internal components.

You can charge the ReVolt via a normal electrical outlet with the included AC adapter in less than 3 hours. It can also be charged via your car’s cigarette lighter with an optional adapter or via a solar panel with an optional, custom built solar controller. You can check the charge at any time with the integrated voltmeter.

The battery bank provides 5 amp-hours (at 12 volts) of power, 12 amp-hours at 5 volts (USB), and 15 amp-hours at 4 volts (typical cell phone). To put that in perspective, it means you can charge your smart phone anywhere from 10-25 times depending on the phone. People have jump started lawn tractors and even cars (though there are potential issues with this) with the ReVolt.

All that power is delivered via a cigarette outlet. The ReVolt also comes with an adapter that lets you recharge your electronics via USB. This is a very versatile configuration since most rechargeable smart devices can be recharged via USB and you can even find items like fans and battery chargers that can be powered from USB.

Each ReVolt comes with a MOLLE compatible pouch, an AC charger, and a USB adapter. Check out the ReVolt and other rugged battery backup devices on PortableUniversalPower.com.

More information on the ReVolt from its creator: