By Matt on December 23, 2017 in Knives, Preparedness, Survival 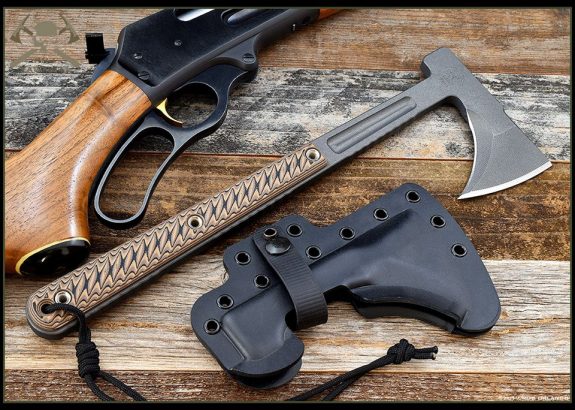 RMJ Tactical will display a prototype of the upcoming Kestrel Trail, a hammer poll version of the Kestrel, at SHOT Show 2018. While most of RMJ Tactical’s tomahawks are designed for breaching, people have been pressing them into use as woodsman tools for years and the demand for hammer poll models has always been strong in spite of the relatively few of them offered in the RMJ Tactical line.

Visit booth 2231 at SHOT Show to see the Kestrel Trail in person.