It seems like every retailer in this industry has a “tactical” Christmas stocking these days. Most of the time it is some kind of cheap, overseas produced nylon stocking with PALS webbing and d-rings sewn to it. OC Tactical’s stocking is different. Their stockings are real keepsakes.

If you follow their work, you know OC Tactical loves historic and rare camo patterns. Every year, OC Tactical creates a limited edition Christmas Stocking using one of these iconic camo patterns – often made from older or original production cloth! The first stocking, in 2015, featured Vietnam era Tiger Stripe and the second stocking, 2016, featured Rhodesian camo. 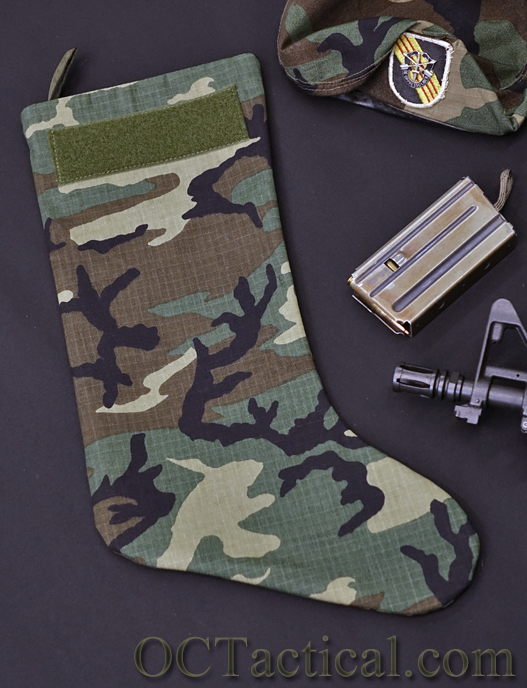 The 2017 stocking was just released and it features the iconic ERDL pattern. The fabric used for these stockings was printed in 1978 and has the original brown dominant pattern! As with previous years, the inside of the stocking is fully lined with Litelok fabric and there is a 6″ x 2″ piece of loop material on both sides for attaching a name tape or patches.

Additionally, you can use code ERDL to save 15% on everything OC Tactical sells including the limited edition stocking. The code is good through 11/28.