Angstadt Arms just released a new 5.5″ UDP Series Handguard. It is available for purchase separately or you can expect to see it as standard equipment on many UDP-9 Pistol and SBR builds going forward. 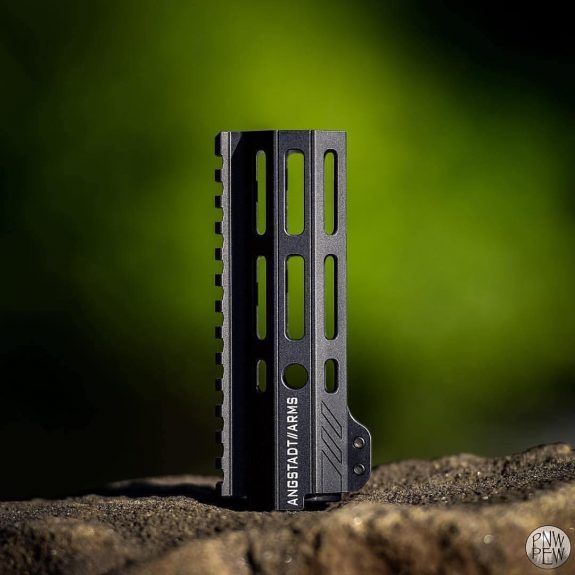 The new 5.5″ M-LOK UDP Series Handguard features a full length top rail and M-LOK compatible slots around the rest of its circumference. It also has QD sling swivel sockets on both the left and right sides of the handguard. The last ¾” of the handguard is bored out to 1.405”, allowing most aftermarket sound suppressors 1.39″ in diameter and smaller to tuck inside of the handguard when used with an exact length 6” barrel. 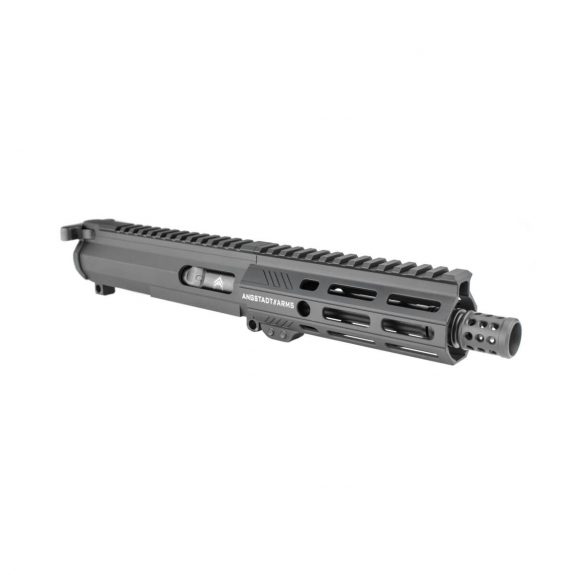