The Benchmade SOCP knife is designed around a strong, secure grip concept which makes it especially ironic that most sheaths available for it cover the grip all the way up to the index finger ring. BFE Labs is playing with a sheath concept that covers only blade, allowing the user to establish a full grip before the knife even clears kydex. 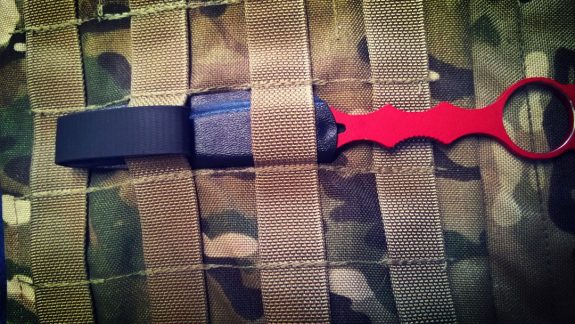 The prototype sheath is shown attached to PALS webbing but the concept could likely be adapted to belt carry. It could work especially well with a static line as well.

If you have an SOCP and would like to see this concept come into production, sound off in the comment section.