I have been using SIONICS Weapon Systems products for years – especially their barrels. When I heard that they were updating their entire line recently with new parts from the likes of TangoDown and Centurion Arms, I quickly placed an order for a Patrol III Upper. I have had the upper in hand for several months and have 1535 document rounds through it. Let’s dive into what I’ve learned along the way. 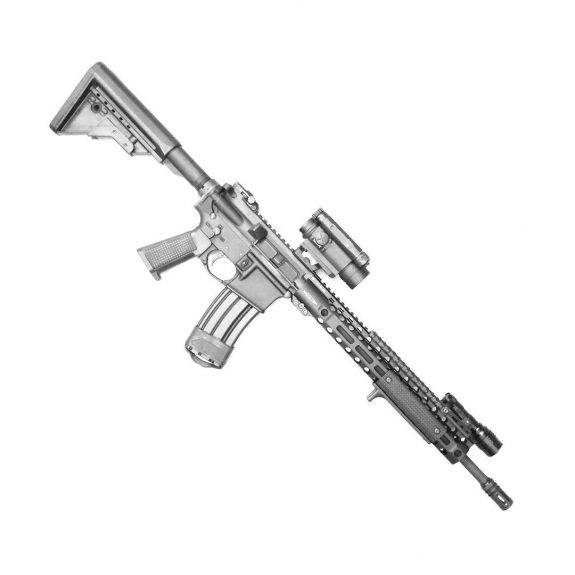 Before I get into my experience with the upper, lets looks at the details of the upper that I purchased. The Patrol III Upper, starting at the muzzle device and working back, has the following features:

I also added an optional NP3 BCG which is another SIONICS product that has served me well in the past.

Let’s get to what you came here for first – reliability and accuracy.

Reliability – This upper has had exactly 1535 rounds through it spread over several range sessions. The upper has never been cleaned though oil has been added as necessary. The vast majority of the ammo used was 55 gr. Wolf Gold .223 that I purchased specifically for this test. The rest of the ammo was Prvi Partisan 75 gr. .223 which was used to check the accuracy of the rifle with 10 shot groups at various points during the testing. There were no stoppages of any kind. It ejects both ammo types to 3-4 o’clock on the dial with a standard carbine spring (CS spring from Brownells) and an H buffer.

Accuracy – I have this recurring problem with SIONICS barrels. I buy them for builds thinking that I’ll just drop an Aimpoint on them and call it good. Then the barrels shoot so darn well that I end up buying more glass to take advantage of it! It happened with the previous medium contour barrel that I purchased from them and it happened again with this one.

I intended for that rifle to host an Aimpoint CompM4 with Scalarworks LDM/CompM4 mount and it did serve as a test rifle for that mount for about 100o rounds. However, the accuracy that I was seeing was so promising that I now have a 1-4x optic installed.

I used Prvi Partisan 75 gr. .223 and a Leupold MR/T 1.5-5x optic for accuracy testing at 100 yards. Accuracy was tested at 300 rounds into the test, roughly 700 rounds into the test, and finally at just over 1000 rounds into the test. I shot two 10 shot groups at each of those intervals for a total of 6 groups. There was no time left for cooling or anything like that. I just aligned the sights and squeezed the trigger 10 times for each group. The target used was a grid square (1.9″) from the 50/200 yard zeroing target that I use.

I never had a group larger than 1.293″. The average across all 6 groups was 1.281″ and you can see what turned out to be a roughly average group for this rifle below. Eventually, I would like to test this with a true “match” ammo as I suspect it will shoot very well. In my book, a lightweight barrel that will shoot consistent 1.2 MOA 10 shot groups with ammo (and a shooter) that is just decent, is darn impressive. 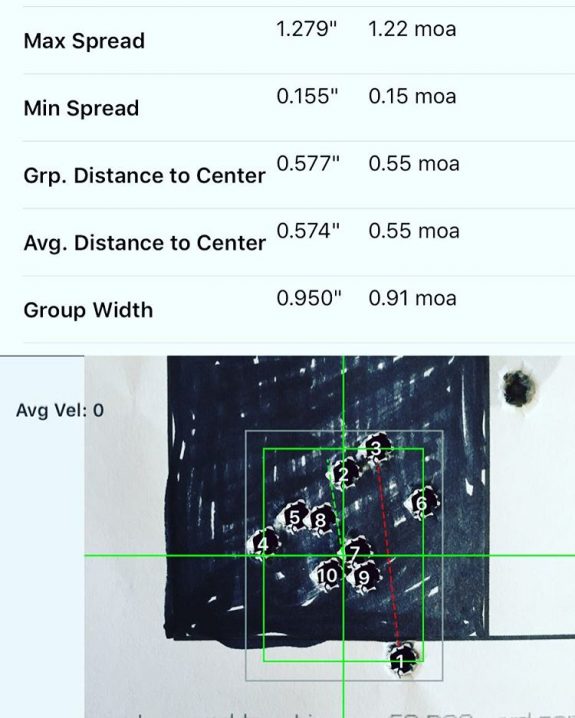 Speaking of the barrel, you really should consider the SIONICS Lightweight Barrel if you are considering a lightweight build. It is not radically thinned pencil barrel. It has a bit more meat on it than some which I like – it is still quite light at 1 pound, 6 ounces. It balances nicely if you care about such things. This combination of accuracy, reliability, and general handiness make it great all-around barrel for general purpose carbine.

The inclusion of the Centurion Arms CMR on this upper is icing on the cake. It is slim, light, strong, and functional rail that compliments the lightweight barrel very well. It lets the upper work well across a variety of shooting positions, makes it easy to carry and hold, and keeps weight to a minimum.

The SIONICS NP3 bolt carrier groups are excellent and I own a few. I have owned NiB coated bolt carrier groups before and they all tend to collect carbon. Most of it will wipe off but before long, they have taken on a dingy gray tone from carbon that can’t be cleaned. The NP3 coating that SIONICS uses doesn’t seem to suffer from the same issue in spite of the fact that it is a similar coating – on paper at least. These BCGs are slick, easy to clean, and have always run well for me. 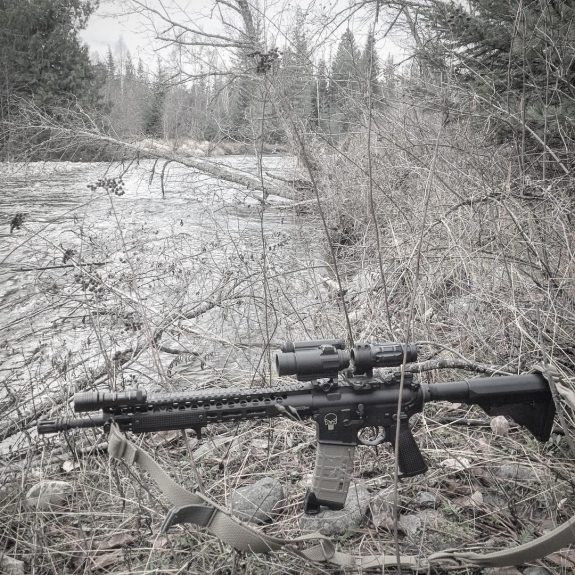 Bottom Line: This is an affordable upper that is completely reliable through more than 1500 rounds and shoots consistently at around 1.2 MOA in spite of it’s lightweight profile barrel. I think SIONICS is turning out some of the best uppers and complete AR-15s on the market right now. This upper and every other product I have owned from them has proved that to me.

Check out the Patrol III Upper at SIONICS.