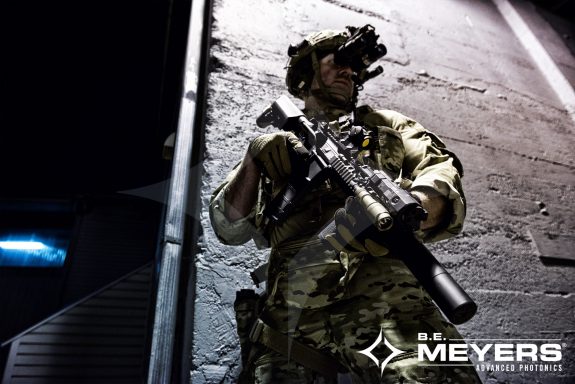 B.E. Meyers & Co., Inc. Advanced Photonics, which specializes in laser systems for national defense, law enforcement, and aerospace is proud to announce that their Modular Advanced Weapon Laser (MAWL™) has been adopted as the new standard by both the Seattle Police Department Special Weapons and Tactics Team (SWAT), as well as the King County (WA) Sheriff’s Office Special Operations team.

These two teams provide tactical response services for over 2 million citizens in the greater Seattle area. Both SPD SWAT and KCSO SWAT explored multiple laser aiming systems before choosing the MAWL™ for their weapon pointing and illumination requirements in June 2016. The MAWL™ enables their SWAT officers to safely and effectively conduct high-risk tasks in complex low-light environments.

Officer Kirk Waldorf, Seattle Police SWAT Team R&D Lead said, “When my team decided to improve our night vision capabilities, we evaluated four of the best aiming devices available. The MAWL™ was without equal, and no other device offered the capabilities and functions of the B.E. Meyers & Co., Inc. system. In the end, we decided not to compromise on quality or performance and chose the MAWL™ for the entire team.” Deputy Tony Mullinax, KCSO Special Operations said, “The MAWL™ has dramatically increased our ability to safely operate at night, allowing us to make better decisions about if and when to use force.”

As the first US law enforcement departments to adopt the MAWL™ using the FDA law enforcement variance for this system, the teams were trained on the advantages of the MAWL™ system by Presscheck Consulting and Tap-Rack Tactical, both of which provide specialized training in operating under night vision in tactical situations.

Matt Meyers, President of B.E. Meyers & Co., Inc. said, “We’re excited that the first teams to adopt the MAWL™ are local law enforcement organizations that B.E. Meyers & Co., Inc. has had relationships with since our founding in 1974. Both Seattle PD and King County Sheriff’s Office SWAT are highly regarded professionals who display proficiency in tactical operations, and we are honored that they chose us to meet their equipment needs.” 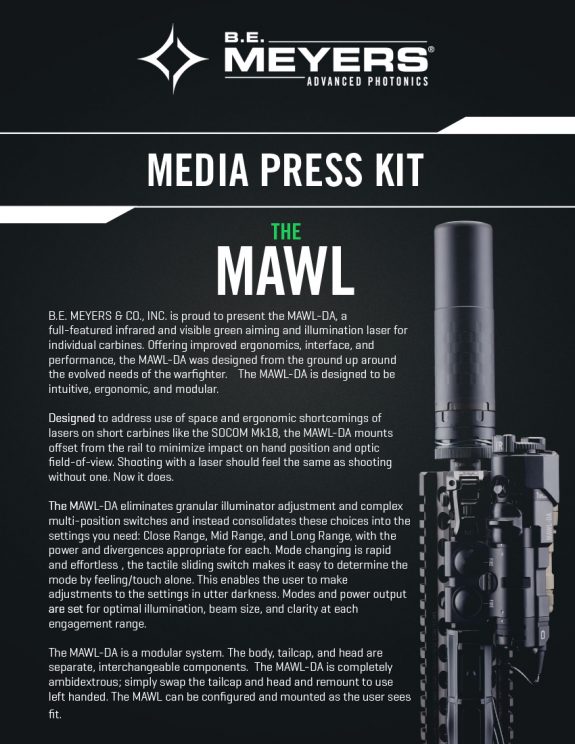