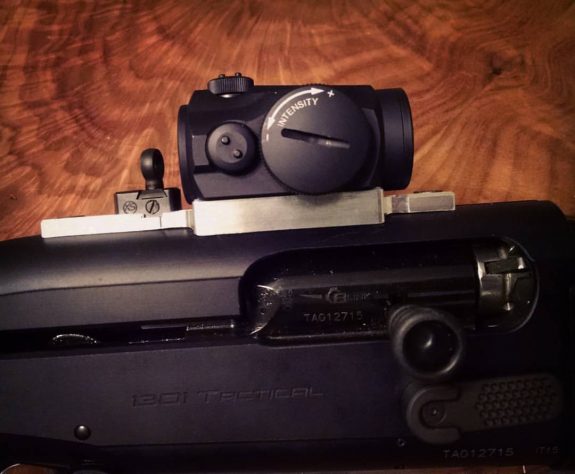 They gave us a sneak peek at a prototype optic mount for the Beretta 1301. It allows the user to mount an Aimpoint Micro and uses what appears to be an XS Sight Systems rear ghost ring assembly to co-witness with the Aimpoint. The prototype is machined from 6061 aluminum and obviously left in the raw. Aridus Industries states that the design still need some tweaking and there will likely be changes before it is offered for sale.

One Response to Aridus Industries Aimpoint Micro Mount for Beretta 1301